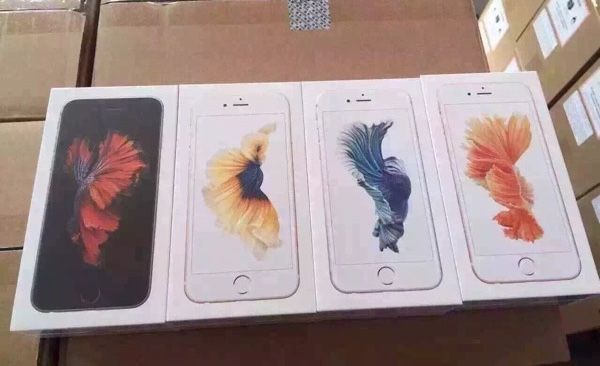 Only one more week until folks who pre-ordered the iPhone 6S or iPhone 6S Plus will be receiving their devices. Since 2007, Apple continued to make changes to the boxes its iPhone ship in, and this year is no different.

This year Apple decided to ship its flagship devices in a box depicting an iPhone with a colorful fish theme. On Friday, a source from China was able to snap a photo of the iPhone 6S box variants, for the different colored devices.

The rose gold iPhone features an orange fish, the silver has a blue fish, the gold shows a blue and gold fish, and the space grey has a red fish. The space grey iPhone 6S box is the only box out of the four which doesn't have a black background.

I'm really starting to like this new theme Apple is going for this year and the wallpaper will most likely look even better in person. The iPhone 6S and iPhone 6S Plus will be arriving at doors on September 25th.
You must log in or register to reply here.