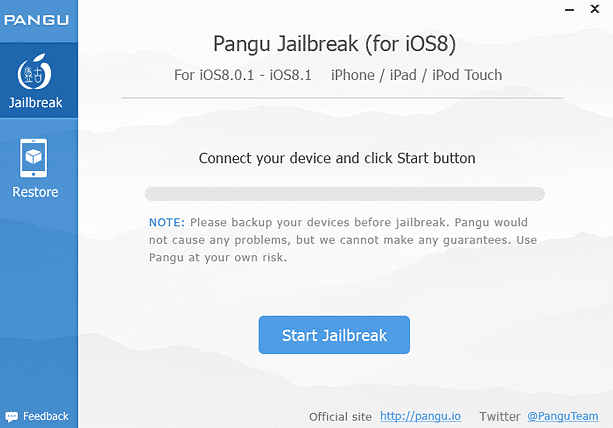 Recently, the world of Jailbreak was taken by storm after the Pangu team quietly launched a the iOS 8 Jailbreak, which supported all devices. However, every Jailbreak has its flaws and Pangu's release was no stranger to that, for example users had to manually install Cydia.

Well on Tuesday, the Pangu team is back at it again, releasing a new update to the iOS 8 Jailbreak. The Pangu 1.2.0 update fixes issues with CPU drain, a Safari reloading bug, as well as support for the restore function on the iPad Air 2 and iPad Mini 3.

1. Fix the issue that launchd may drain cpu on 32bit devices.

Folks who are noticing any of the issues above should head on over into Cydia and update the Jailbreak under the 'Changes' tab. However, even if the issues aren't a problem, it's usually a good idea to be fully updated with the latest bug fixes in a Jailbreak.
You must log in or register to reply here.