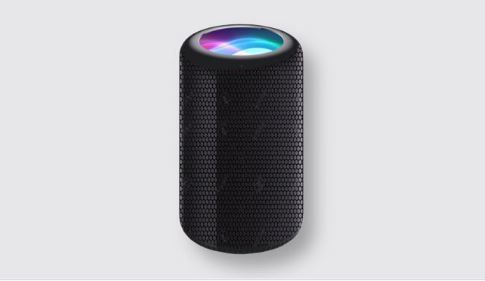 MacRumors reports that according to well-sourced Apple analyst Ming-Chi Kuo of KGI Securities, Apple’s rumoured Siri-based rival to Amazon’s Echo speaker has an “over 50% chance” of being announced at Apple’s WWDC, which takes place from June 5 to June 9.

Kuo expects the device to launch in the second half of the year, and that it will be priced higher than the $179 that the Amazon Echo costs. Kuo says that it will support AirPlay, with “excellent acoustics performance” thanks to seven tweeters and one woofer. The speakers will be supplied by Taiwan-based Iventec exclusively, according to Kuo. What Kuo refers to as “Apple’s first home AI product” will have computing power similar to that of the iPhone 6/6s. He adds that it is most likely aimed at the high-end market, with an emphasis on an enhanced entertainment experience.

This report from Kuo follows on from Sonny Dickson’s information that we reported on last week, which first mentioned Apple might announce the device at this year’s WWDC.

Source: Apple's Siri-Based Smart Speaker Has 'Over 50% Chance' of Debuting at WWDC in June

I'd love to see something like this from Apple. I have a couple of the Amazon Echo's and I love them.

Can you cascade them? Create stereo or quadraphonic imaging??
You must log in or register to reply here.