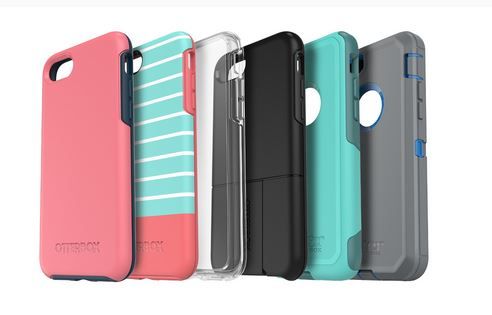 Two of the most popular iPhone case makers, OtterBox and Urban Armor, have announced their new range of cases for the iPhone 7 and iPhone 7 Plus, and very nice they look too.

Kicking off with OtterBox, the company has announced OtterBox Symmetry Series, Commuter Series, Alpha Glass and Defender Series cases for the new iPhones, as well as a uniVERSE Case System that is available to pre-order now.

"Apple continues to drive the evolution of smartphone technology in ways that are shaping the human experience," said OtterBox CEO Jim Parke. "OtterBox has been a part of the story since the very beginning, keeping that connection protected so that we can all capture, share and connect with the world at large."
Click to expand...

The entire OtterBox range is part of the Certified Drop+ Protection program, with every design having been put through more than 238 testing hours across 24 or more tests.

Turning to Urban Armor Gear (UAG), the company has just announced five different lines of MIL-SPEC Drop-Tested cases for the iPhone 7 and iPhone 7 Plus. Each line boasts superior protection and lightweight designs that either meet or exceed U.S. Military drop-test standards. The range includes the classic slim Pathfinder series and the hand-crafted Monarch series with 2X Drop Protection and 10-year warranty.

UAG take some of the often-overlooked small-but-important details of a good case into account, such as oversized ports, responsive tactile buttons, and glare-free flash photos.

Source: Urban Armor Gear, OtterBox
You must log in or register to reply here.

OtterBox Series Out For iPhone 4.

Grab These Otterbox Cases For Your iPhone 4S