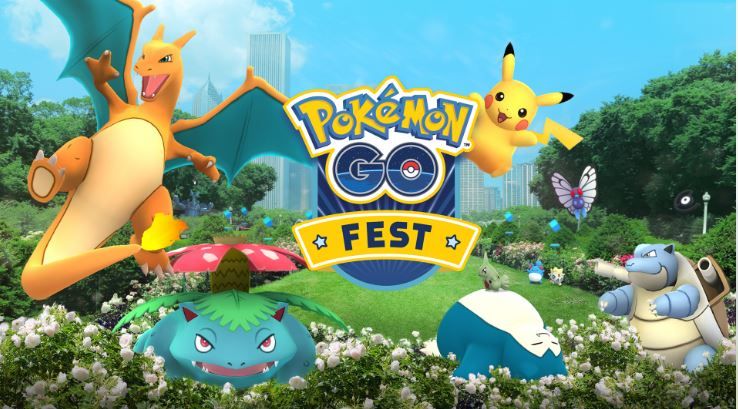 Niantic has announced that it is to hold the first ever real-world Pokémon Go event in celebration of both the one-year anniversary of the game’s release and the milestone of 750 million global downloads.

First off we have the in-game Solstice Event, which will kick off on June 13. This will feature Fire-type and Ice-type Pokémon, big XP bonuses for accurate PokéBall throws, and discounts on Lucky Egg purchases in the in-game store.

“Soon after” the Solstice Event, Niantic says that it will release a new update that is “focused on collaborative group gameplay features that will get you playing Pokémon Go in fun new ways.” Maybe this will be the player vs. player feature that everyone is hoping for, with Niantic saying that prior to the launch of the update it will have to disable Gyms “for a short period of time.”

And that’s not all the excitement, as Niantic has also announced its first real-world Pokémon Go event, Pokémon Go Fest Chicago. The event will be held on July 22 in downtown Chicago, Illinois, USA, at Grant Park. Niantic doesn’t give too many clues as to what might be happening at the event, however, simply saying that there will be “a ton of exciting festivities” to look forward to. More will be revealed on Monday, June 19, at 10:00 a.m. PDT at PokemonGoLive.com/Fest.

Niantic says that European Trainers can expect their own events throughout the continent from June to September in partnership with Uniball-Rodamco shopping centres. There will also be a special Pokémon event in Yokohama, Japan, in August, called “Pikachu Outbreak.”

Source: Niantic
You must log in or register to reply here.