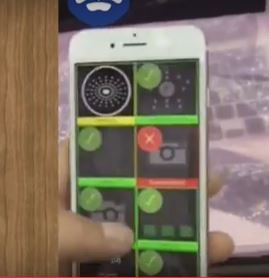 A new video has been leaked to Weibo via the same Chinese repair shop source that leaked the new photos of a working iPhone 7 also today. AppleInsider reports that the video shows the iPhone 7 working and going through the official Apple camera test application, which AppleInsider confirms is indeed from Apple’s Switchboard test suite. And while the video isn’t exactly very clear, it does appear that the tests seem to fail at the end of the video.

As interesting as the videos are, and especially if they do indeed show a working iPhone 7, AppleInsider adds a note of caution, saying that there is no confirmation that the phone featured in the video is the next iPhone, as the Switchboard camera test that is shown in the video is the same as that used on the prerelease version of the iPhone 6. So, it’s entirely possible that the phone in the video is an iPhone 6 in a mock up of an iPhone 7 case, but then again, it's also possible that it's a genuine iPhone 7 captured on video for the first time!