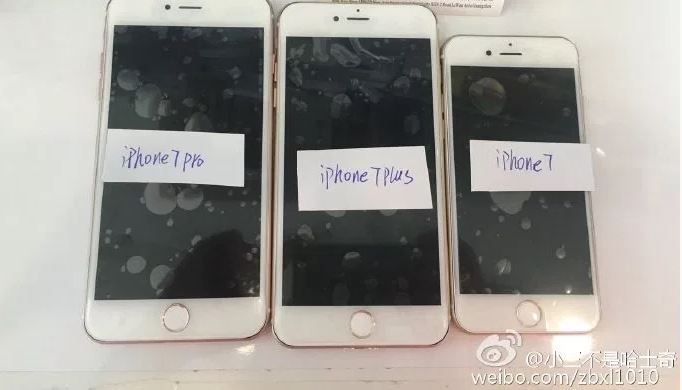 9to5 Mac has today posted a “full-house” of new images of what is claimed to be the iPhone 7, Plus and Pro models.

The images come via Chinese microblogging site Weibo, and show both the front and back of the phones, which are all shown to have the “S” logo on the back, underneath the “iPhone” name. If genuine, this is something of a surprise, as it wasn’t expected that there would be an “S” model iPhone this year. 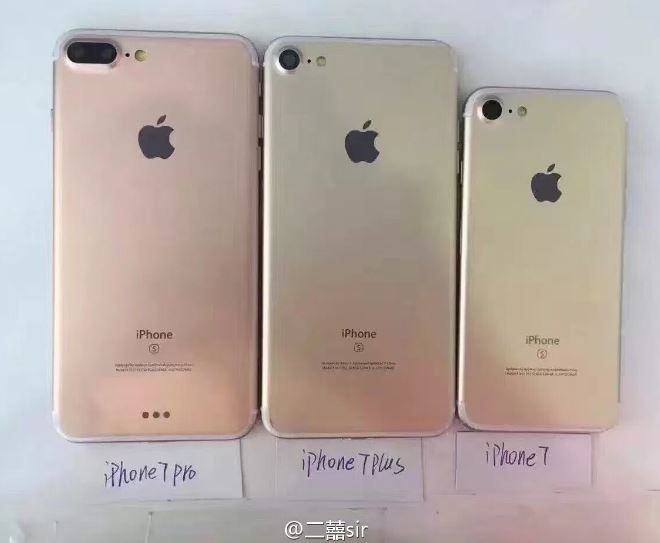 Another image that shows the back view of all three phones reveals that only the Pro model has a Smart Connector, as was previously rumoured to be the case, as well as a bigger, elongated camera lens compared with the camera lenses of the other two models. Recent rumours stated that only the iPhone 7 Plus would have a dual-camera system, and not the 4.4-inch standard model, but judging by these images it is, in fact, only going to be the Pro model that has the dual camera.

I wonder what kind of price tag the iPhone 7 Pro would carry.

I'm wondering what a Smart Connector on an iPhone could be used for. An accessory keyboard would be several times the size of the iPhone and would be quite inconvenient to carry around. It's likely that not too many people would use an external keyboard that large even if it were available.
You must log in or register to reply here.