New Video Confirms iPhone 6s is Made of Much Stronger, Less Bendy Material 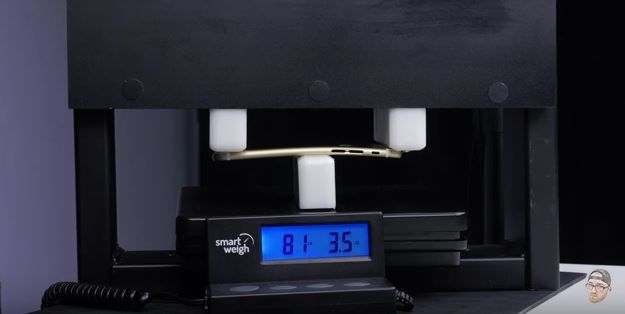 We’ve been hearing since April that the forthcoming iPhone 6s is supposed to be made of stronger, less bendy material than the iPhone 6. Now, according to a new video from Unbox Therapy, via MacRumors, it seems that this is indeed the case. And how!

The new video certainly backs up other recent rumours that Apple is using 7000 Series aluminum for the iPhone 6s, as well as thickening the shell in certain weak points, as was shown in a recent leaked photo of the casing of one of the new phones.

MacRumors adds that it has recently been provided with data that reveals the elemental composition of the iPhone 6s shell, including an aluminum alloy that is made up of around 5% zinc, which would tie in with 7000 series alloys, and which is not present in the iPhone 6 shell.


Unbox Therapy’s latest video also supports these findings, with a very impressive test that shows that the body of the new iPhone is much stronger than the iPhone 6, and much more resistant to bending. In fact, the new phone shell did not start bending until subjected to 80 pounds of pressure, in comparison to the iPhone 6 shell, which started bending after 30 pounds of pressure!

Yeah, so I guess it was more serious then rumored NOT to be.
You must log in or register to reply here.