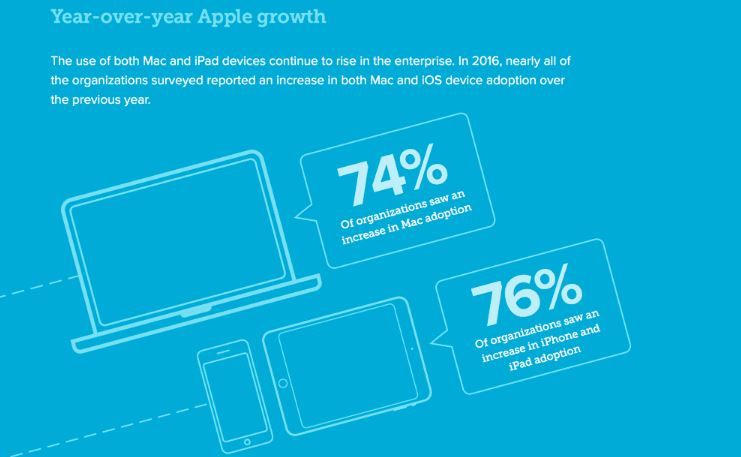 9to5 Mac reports today on the new Annual Jamf Trends Survey that was published today by Jamf, a company that makes Apple device management software for businesses, and which shows that both iOS and Mac adoption rose in the enterprise over the past year.

Jamf collected data from 300 IT professionals, managers and executives from commercial organizations around the world that had from 50 to 10,000 employees.

Jamf’s data reveals that 91% of enterprise organizations now use Mac, and 99% say that they use iPhone or iPad. Both Mac and iOS device adoption rates have increased in the past year.

Jamf says that the reasons given by companies for opting for Macs and iOS devices include ease of use, security, device configuration, support, software and app development, and integration.

Source: Report highlights growth for Apple devices in enterprise: 91% now using Mac, 99% iPhone & iPad
You must log in or register to reply here.

iOS Leads Android by a Big Margin in Enterprise