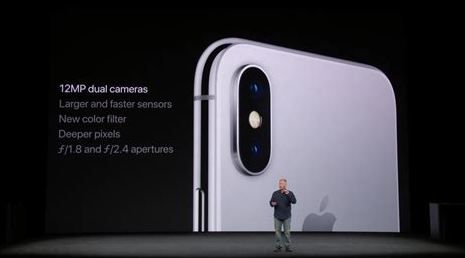 Consumer Report is not always particularly fair to Apple products, but MacRumors reports that the organisation has today published new figures that ranks the iPhone X as the best smartphone camera available on the market today. Even better than that, Consumer Reports’ top 10 smartphone cameras list features 6 Apple phones in total, including iPhone 8, iPhone 8 Plus, iPhone 7, iPhone 6s Plus, and iPhone 7 Plus. The highest placed non-Apple phone in the list is the Samsung Galaxy S8+ at number 4.

Unfortunately it’s not possible to see where Samsung’s newest devices, the Galaxy S9 and Galaxy S9+ rank alongside the iPhone X in Consumer Reports’ chart, as it is too soon for those figures. However, a separate report on MacRumors says that DxO has today announced that the Galaxy S9 Plus has the best smartphone camera that it has ever tested, earning its highest ever score of 99, beating both the Google Pixel 2 and iPhone X, which scored 98 and 97 respectively.

Galaxy S9+ Tops iPhone X as Best Smartphone Camera Ever in DxO's Controversial Rankings
You must log in or register to reply here.