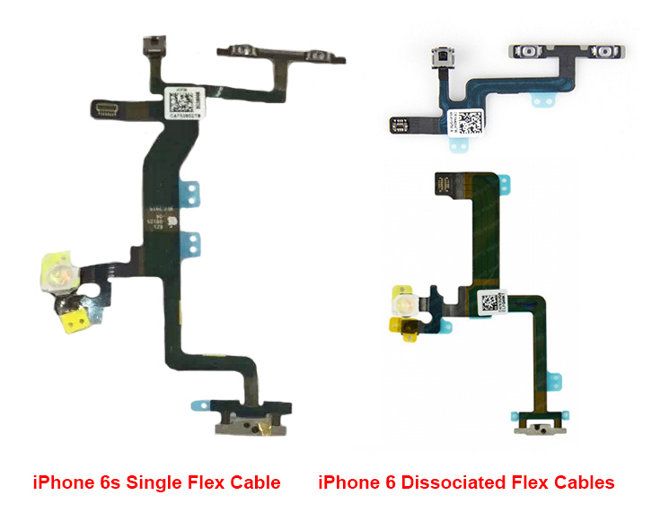 The 'iPhone 6s' is a few months away from its release this fall, and we're starting to see more and leaked components from Apple’s supply appear online. Discovered by French website NowhereElse, the parts include a single flex cable which connects the volume rocker, mute switch, power button and LED flash along with a Lightning connector and headphone jack, rear-facing camera ring, and Home button enclosure.

The leaked images suggest that Apple is back to using a single flex cable for its next-generation iPhone, instead of splitting the flex cables as it did for the iPhone 6 and 6 Plus. But this seems to be pretty much the most notable change, as the next iPhones are most likely going to feature the same design.

Both the 6s and 6s Plus are expected to be announced this fall with better specifications like A9 processors and 2 gigabytes of RAM along with improved cameras.

And here are the rest of the pics: 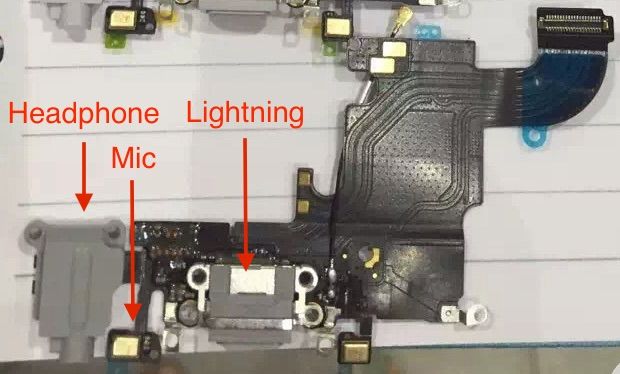