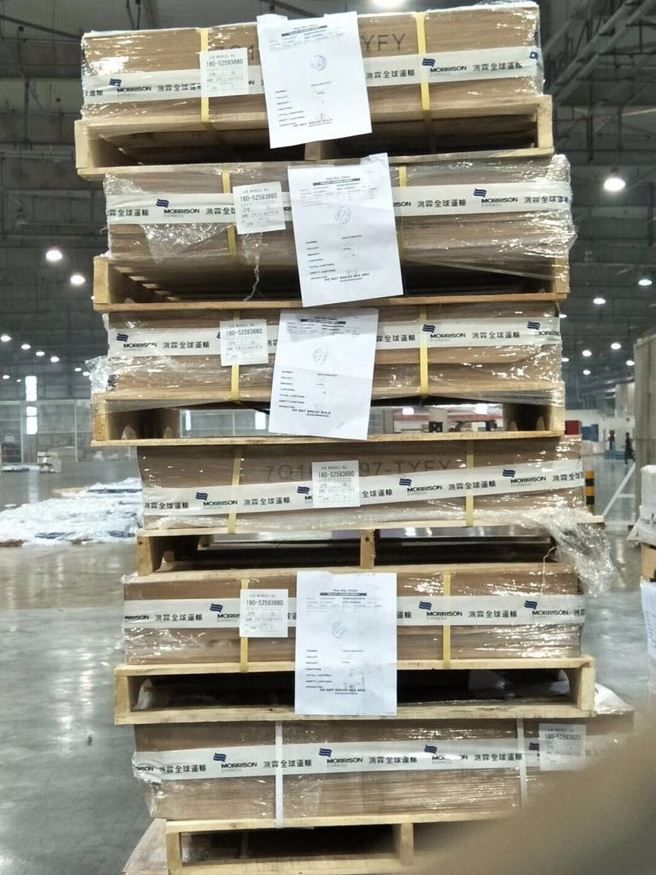 We’re just days away from Apple announcing the new iPhone line-up on September 12, and it looks like the new iPhones are already on their way judging by some new photos that have just been leaked on MyDrivers, according to AppleInsider.

The new images were taken at Foxconn’s Zhengzhou Technology Park, which is one of the places where iPhones are assembled, and are said to show pallets full of the new OLED iPhones being shipped to Apple in the US via California’s Morrison Express.

It’s not possible to see much of what is written on the packaging, but apparently Morrison Express is one of the preferred shipping companies of Silicon Valley giants such as Apple.

The source of the report says that despite strict security at the Foxconn plant, the images were taken by staff, presumably in the shipping department, who have been packaging and shipping the new OLED iPhone.

I don't see my address there on the slip? Hmmm

Considering the new iPhones do not yet have an operating system installed, which can’t be done until the public release of iOS 11, I think that whatever is in those packages it won’t be the new iPhones.

markdacaskos said:
nice.. made in U.S.A?
Click to expand...

No iPhone has ever been made in the U.S.A.. they’re all assembled in China.

All them pallets are crooked hardly any way to treat
iPhone 8 delicate items.
If l was there boss they would be looking for new jobs. This is just another Rumour
You must log in or register to reply here.

Rumour: Sharp Will be Manufacturing OLED Displays for the iPhone