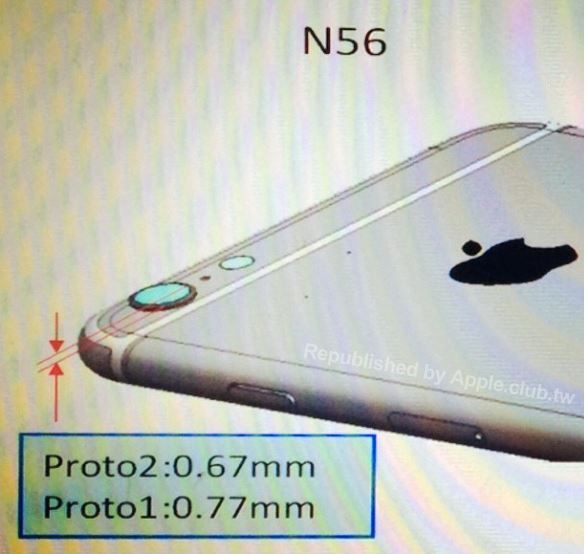 MacRumors reports today that yet more photos of what is said to be the iPhone 6 have surfaced today, this time picturing schematics that show the camera ring of the phone to be noticeably protruding.

The photos came via Apple.club.tw, and are said to be of the 4.7-inch iPhone 6, and show the protruding camera ring to be 0.67–0.77 millimeters. The same website also says that the actual iPhone itself will be 7 millimeters thick, which ties in with other recently leaked photos.

The codename of the 4.7-inch iPhone 6 also seems to have been revealed in the schematics, which refer to it as N56, with the 5.5-inch phone being N61. As MacRumors notes, this is very typical naming procedure for Apple.

The schematic also shows very clearly the more curved nature of the iPhone, and the elongated volume buttons.

Source: http://www.macrumors.com/2014/08/20/alleged-schematic-protruding-camera-4-7-iphone-6/
You must log in or register to reply here.

This Year's New iPhones Might Lose the Protruding Camera Lens