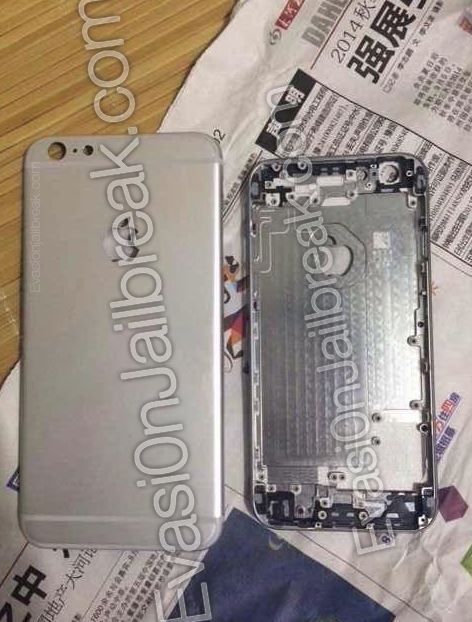 While we’ve got used to seeing many different parts of the 4.7-inch iPhone 6 over the past few months, we’ve not seen quite so much of the 5.5-inch iPhone (rumoured to be called iPhone Air). However, it looks like production of the latter is already well under way, at least if the new photos posted by MacRumors via Evasi0nJailbreak.com are genuine.

MacRumors says that the source claims that the photos come from “deep within Apple’s supply chain in China,” and may not actually be the final rear shell, but rather a prototype.

5.5-inch iPhone 6 Could be Getting Optical Image Stabilisation