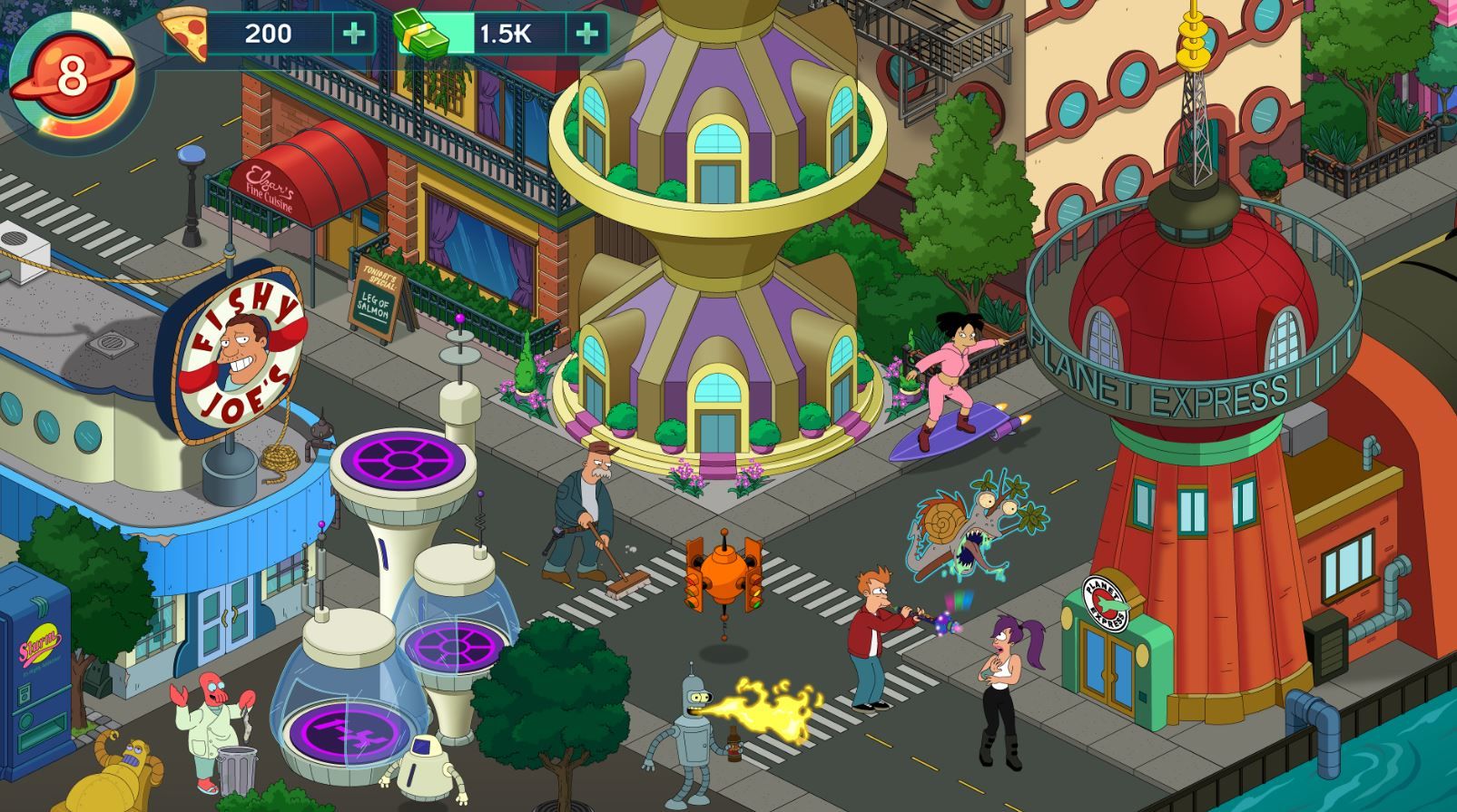 Jam City, FoxNext Games, and Matt Groening have today released a fully animated teaser trailer for the forthcoming iOS game, Futurama: Worlds of Tomorrow. The game is being developed in partnership with Futurama creator and executive producer Groening and his own Curiosity Company as well as executive producer David X. Cohen, original Futurama writers, and Rough Draft Studios. In short, if you’re a Futurama fan, you’re going to be very excited, as this is your chance to see the first new animation from the Futurama universe since the TV show finished its original run on TV back in 2013. Jam City is also working with the show’s writers, animators, and cast to develop even more original animation for the fans.

“I’m proud to say that Futurama lives! In mobile-video-game teaser trailer form, anyway,” said Matt Groening, creator of FUTURAMA and THE SIMPSONS. “If you squint, it's kind of like a little episode!”

“Working on this new Futurama animation has been a thrilling adventure,” said David X. Cohen. “I finally understand how Neil Armstrong must have felt when he first landed on the lunar surface, watched some funny cartoons on the control screen, and did whatever else was on his schedule that day.”
Click to expand...

Jam City has also released more details about the gameplay today, which will blend simulation, combat, galactic exploration, and ability to choose your own adventure. The game is set in two main locations, New New York and Space Aventures, with the former focusing on simulation and character progression gameplay, and the latter focusing on exploring and battling around planets and nebulas.

“The Futurama universe is chock-full of exotic planets inhabited by wacky creatures (and Smizmars),” said Josh Yguado, Co-Founder, President and COO of Jam City. “Whether you’re counseling an alien overlord on Omicron Persei 8 or battling rogue robots on the streets of Chapek 9, exploring this crazy universe and interacting with its denizens will be a blast.”
Click to expand...