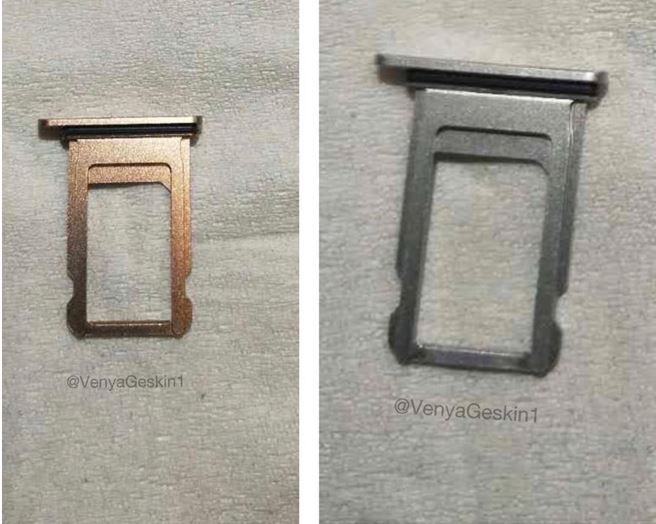 Prolific iPhone leaker Benjamin Geskin has posted images of what he claims are SIM trays for the forthcoming OLED iPhone, reports AppleInsider. Of course it’s hard to tell how genuine they are as they look exactly like iPhone 7 SIM trays, but the colours are interesting, as if accurate, they confirm at least two of what are thought to be the three colour choices for the OLED iPhone.

The two images posted by Geskin show a copper-coloured SIM tray that looks a lot like the recent leaks of what was referred to as a “blush” gold iPhone. The other tray is a more traditional silver colour.

These latest leaks follow on from Geskin’s claims yesterday that the OLED iPhone will cost $999 for the 64GB version, $1099 for the 256GB version, and $1199 for the 512GB top-of-the-range version. Geskin said that his source for the pricing details is a friend that works at Apple.

Prolific leaker claims 'iPhone 8' will cost between $999 and $1199, depending on configuration

I'm going black.. Just hopefully they have 128GB version... If not I will go with whatever middle storage is available

I can't wait to see pics of everyone's when you get them. (And posting pictures of mine