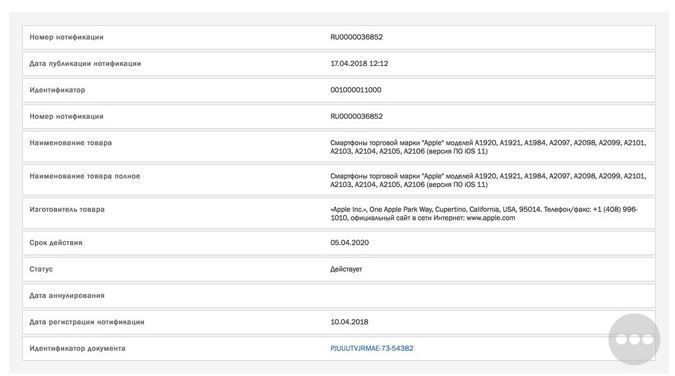 AppleInsider reports today that a filing issued by a European regulatory agency have given the strongest hint yet that Apple is about to release the iPhone SE 2.

The filing from the Eurasian Economic Commission (EEC), a body that authorises devices for several countries, including Russia and Armenia, reveal that the commission has green-lit several new iPhones for sale.

The documents, which were first discovered by Consomac, don’t reveal any model names, but rather a string of model numbers, such as A1920 and A1921, none of which have been used previously by any other Apple device.

There’s not much else to learn from the filing, other than that the phones in question will be shipping with iOS 11, although that is more likely to be iOS 11.3 or later, specifically.

As to when we might expect these new iPhone models to appear, AppleInsider says that EEC filings about new devices are usually made public a few days or weeks before product release.

Source: Probable 'iPhone SE 2' exposed by European regulatory agency
You must log in or register to reply here.