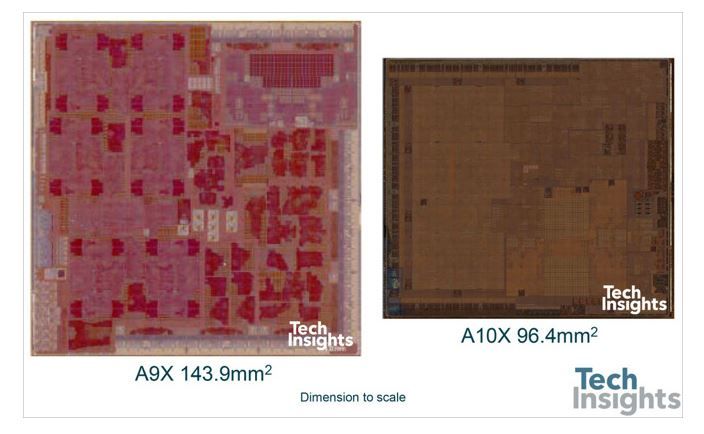 AppleInsider reports that Tech Insights has found that the A10X Fusion processor in the newly released iPad Pro models is the first chip in a device to use TMSC’s FinFET 10nm chip-making process.

According to Tech Insights’ breakdown, the A10X Fusion die size is 96.4 square millimetres, compared with the 16nm A9X, which has a die size of 143.9 square millimetres. But despite having a much smaller die size, the chip has 8MB of L2 cache, three CPU cores, and a 12-cluster GPU assembly.

This compares with the A9X in the previous iPad Pro, which also had a 12-cluster GPU assembly, but just two CPU cores and 3MB of L2 cache. The A10X GPU is most likely still the same as that in the A9X and A10, namely Imagination’s PowerVR tech.

Will The iPhone 7 Use New Technology Provided By ARM and TSMC?