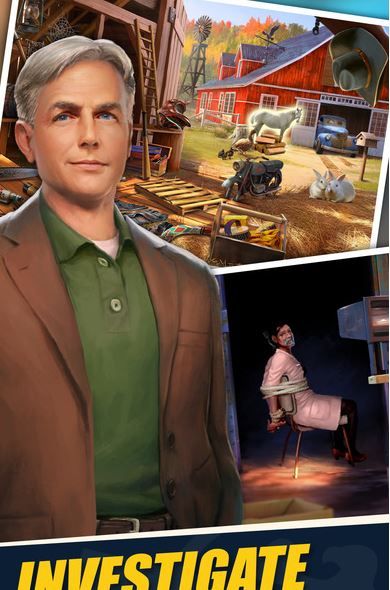 U.S. TV series NCIS is shown in more than 200 territories worldwide, and is currently the number 1 drama in the US. The NCIS universe has now arrived on iOS with the new Hidden Crimes game, which has been developed by Ubisoft Abu Dhabi in conjunction with CBS Interactive. Fans can join Gibbs, Abby, and the rest of the NCIS team in a free-to-play adventure where you get to be a secret agent solving murder and espionage cases with ties to the U.S. Navy and Marine Corps.

Gameplay involves searching for clues in different locations, working out who is the suspect based on the clues that you discover, and then arresting them. There are six different investigative modes, nine mini-games, and lots of surprises.

The game looks really good too, with beautifully animated settings and dynamic environments.

Due to the input of CBS, NCIS: Hidden Crimes is faithful to the NCIS universe, with the sort of strong storyline and scenarios that fans of the TV show would expect.

"We are extremely proud of this game, which will bring fans closer to the series as they solve parallel, light-hearted cases, peppered with a healthy dose of entertaining NCIS team dynamics," said Alexia Brumé, International Brand Manager on the title. "We tried something new with the IP and extended the content to include aspects of adventure and puzzle games combined with investigative features set in a rich graphical environment. This is a style that we believe will appeal to NCIS fans of all ages and demographics around the world." Added Yannick Theler, Managing Director at Ubisoft Abu Dhabi.
Click to expand...

You have got to be joking

Gregory lsaacs r.i.p.
You must log in or register to reply here.

NUMB3RS Crime-Solving Puzzle Game Based on TV Show Out Now for $0.99

Agatha Christie: The A.B.C. Murders is Out Now on iOS