NBA and Under Armour Announce Their First Joint Fitness App 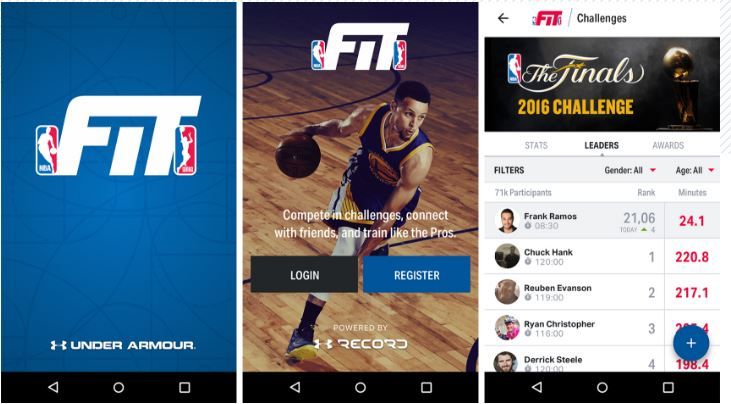 Fast Company reports that the NBA and Under Armour have released a fitness app together. The NBA Fit App is the first ever fitness app for the league, and is part of the league’s ongoing health and wellness program.

The app is a combination of the UA Record from Under Armour Connected Fitness, and the NBA’s extensive resources, including training videos and tips from NBA and WNBA players, and even strength and conditioning coaches.

"NBA Fit is our year-round health and wellness platform that encourages fans to do three things: be active, eat healthy, and play together. We're always looking for new ways we can do that through our programs, events, and products, and this was the next step in that evolution," says the NBA's senior vice-president of social responsibility Todd Jacobson. "To use the strength of our technology and social media presence to work with a partner that has created this incredible ecosystem of connected fitness, it was the next step to create an interactive and social way to get people more active."
Click to expand...

Fans can expect to participate in fun fitness challenges via the app, including the NBA Finals 2016 Challenge, where users will be encouraged to log a basketball workout every day from today until the Finals finish on June 19. In each 30-minute session, fans can attempt to match or even beat the record for three-point shots made in a single NBA Finals game, which is currently 16, by Under Armour’s spokesperson and reigning NBA MVP Steph Curry. The winner will be randomly selected at the end of the challenge and will win two tickets to the 2016 NBA Draft.

Under Armour has invested around $1 billion over the past two years in activity tracking and diet tracking app companies, in order to create a portfolio of what it claims to be the world’s biggest digital health and fitness community, with more than 170 million members in total.

Source: The NBA Teams Up With Under Armour To Launch Its First-Ever Fitness App
You must log in or register to reply here.

Apple Rumored To Be Working On New Health Tracking Hardware