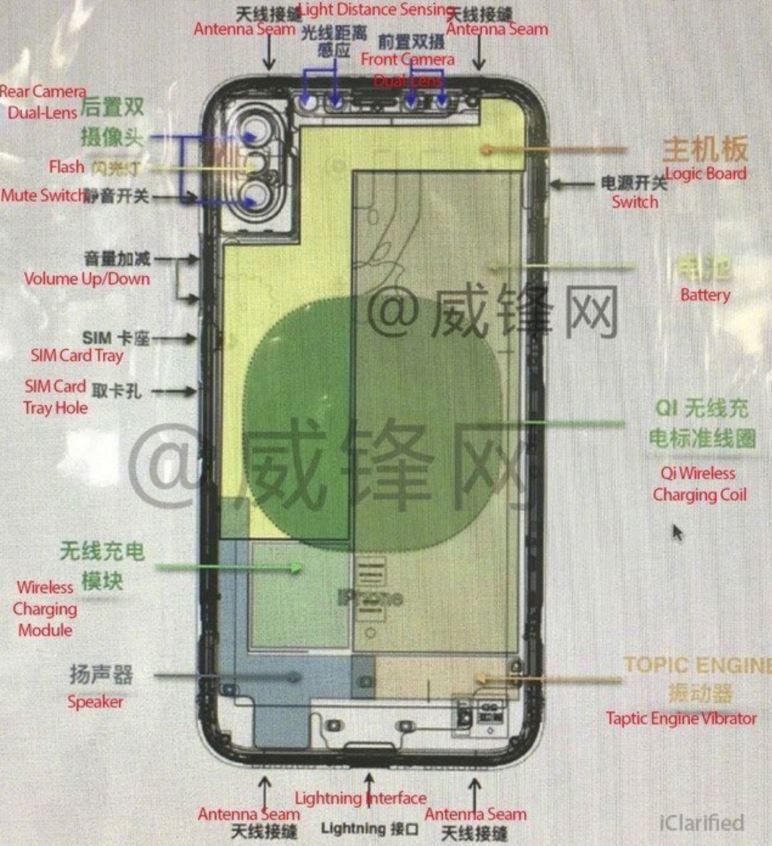 Cult of Mac reports that another purported iPhone 8 schematic has leaked via Chinese microblogging site Weibo, and this latest drawing has much more detailed labelling than the two previously leaked schematics.

The drawing clearly shows a dual-lens front camera as well as a dual-lens rear camera, and what is referred to as a “Qi Wireless Charging Coil.” The labels were originally only in Chinese, but iClarified translated them into language. It also shows that the Touch ID is integrated into the OLED display.

If the schematic is genuine, then it actually marks the first time that we have seen proof that the next iPhone will have Qi-powered inductive charging. This follows on from Apple recently signing up to the Wireless Power Consortium, which deals with the adoption of Qi technology. Apple already uses a type of Qi charging for the Apple Watch. This may not be what some Apple users have been hoping for, however, after earlier rumours of distance wireless charging.

Source: Leaked iPhone 8 schematic reveals dual-lens front camera and more | Cult of Mac
You must log in or register to reply here.