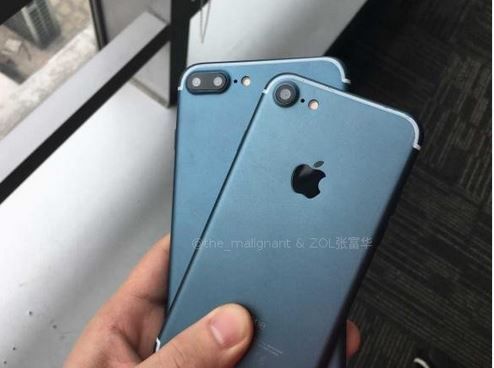 So now we know that Apple will unveil the iPhone 7 on September 7, but one thing we still don’t know is exactly what colour variants Apple will be announcing at the event.

Recent rumours have suggested that there could be either a space black or blue iPhone, and, as BGR writes today, yet more images of what is claimed to be a blue iPhone have just leaked online via Twitter leaker The Malignant.

The images show mockups of both an iPhone 7 and iPhone 7 Plus, and show a nice metallic blue design (described as “Deep Blue” by The Malignant) that fits in well with Apple’s more recent colour schemes for its devices.

As far as the Space Black iPhone 7 is concerned, The Malignant replied to a question on Twitter that there might be a “*black* surprise,” so it could be that Apple will be unveiling both Space Black and Deep Blue versions of the phone.

Source: Leaked photos of iPhone 7 in blue remind us of the biggest remaining mystery
You must log in or register to reply here.