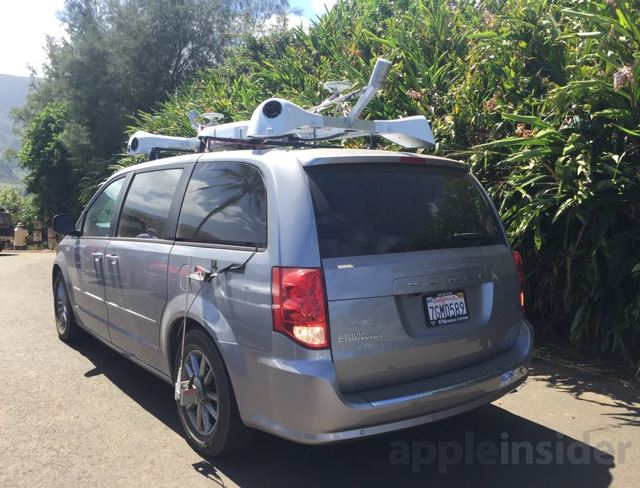 AppleInsider reports that those mysterious Apple vans have been out and about once more over the weekend, and they seem to be chasing the sun, appearing in the gorgeous state of Hawaii, as well as California, Florida, and Arizona.

Specifically, the vans have been spotted on Hawaii’s Big Island; in San Jose and the San Francisco Bay area in California; in Doral, Florida; and in Phoenix, Arizona.

Just as with all previous sightings, the vans are Dodge Caravans that have been fitted out with a dazzling array of roof-mounted equipment, including camera gear, LiDAR, and GPS antennas.

According to these latest reports, the vans have both a driver and a passenger.

Apple is still keeping tight-lipped about the project, which is most likely something to do with mapping for its Maps apps, possibly to improve its Flyover 3D feature, or even as part of some sort of Apple Maps version of Google Maps’ Street View.

How did they know the cars were Apples? People are so curious
You must log in or register to reply here.