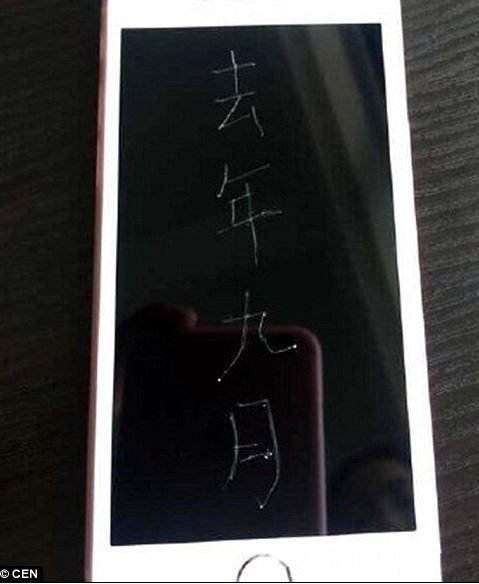 According to a report in China’s People’s Daily Online, via the Daily Mail, a man in China has staged an elaborate stunt with nine iPhone 6s handsets in a bid to get back at his girlfriend who he says left him because he couldn’t afford to buy her an iPhone.

Mo Qishao achieved instant notoriety in China when he posted photographs on Chinese micro-blogging site Weibo of nine brand new iPhone 6s handsets with words carved into what looked like the screens .

When the photos initially started appearing it was reported that Qishao had actually carved the message to his ex-girlfriend directly onto the screens of the nine phones, totally ruining them.

However, since news of the stunt swept the internet, not just in China but all around the world, Qishao has admitted that he only carved his message into protective screens on top of the iPhone 6s’s screen, and not the actual screen itself, so no harm done to the actual phone.

Qishao has also offered to give away one of the phones for each new 100,000 new fans that he gets on Weibo.

Source: Man carves on NINE new iPhone 6s he bought to taunt his ex-girlfriend
You must log in or register to reply here.

Man Sues Apple After his Daughter Drops and Smashes Her iPhone