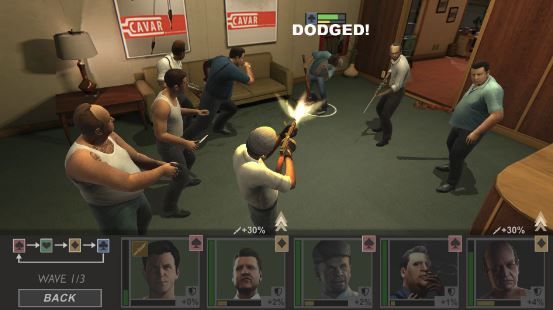 2K and Cat Daddy’s Mafia III: Rivals, one of Apple’s “New Games We Love,” is now available in the App Store as a free download. Released to tie in with the launch of Hangar 13’s Mafia III console and PC game, the iOS game lets you experience New Bordeaux from a completely different perspective to the main game, and also offers a completely different way to fight your way to the top of the criminal underworld, yet with characters, locations, and events all based on the wide Mafia III universe.

Seize property, collect loot (such as weapons and vehicles), and defeat rival mobs in order to assemble your own unstoppable crime syndicate.

As you embark on your life of crime you must square up against rival gangs in battle RPG combat, recruiting and training 40 crime bosses from the Mafia III universe as they join your crew, and destroying any enemies who are foolhardy enough to try and stop you. A selection of deadly weaponry and other gear is available for you to equip your hit squad to make it as strong as possible. Once you’re suitably suited up for battle, you can then take on your friends and other players worldwide to find out who runs the deadliest crew in New Bordeaux.