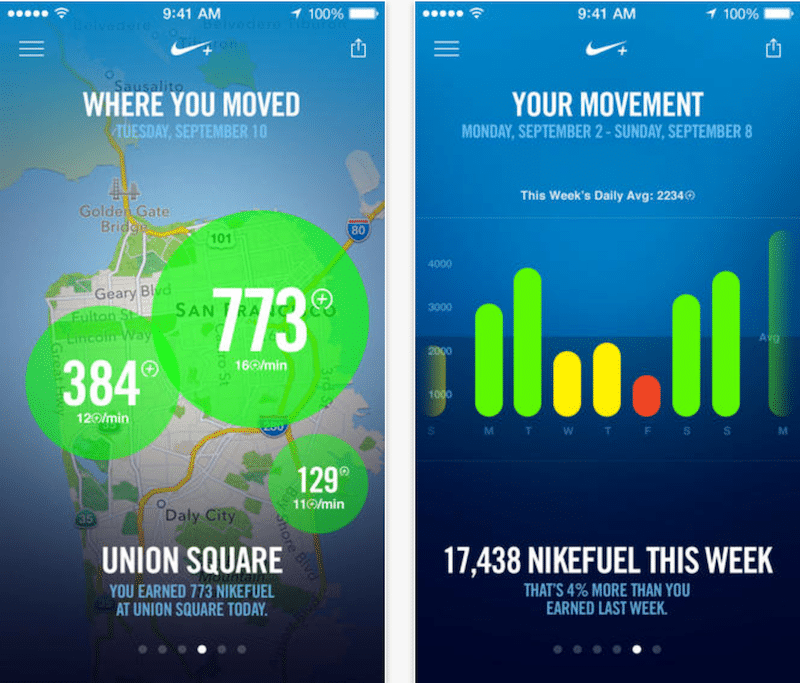 When Apple announced on September 10 the iPhone 5s and its M7 motion coprocessor, they also demoed the Nike+ Move app. Now, the fitness application optimized for the M7 motion coprocessor has been launched in the App Store. I guess its hard to believe someone would be running with their iPad, even if the new iPad Air is very lightweight.

iPhone 5s users can go ahead and install the app from the App Store to get daily detailed statistics about their physical activity. The apps description goes like this:

Nike+ Move offers insight into when you move, how you move and where you move - and lets you challenge your friends to see who moves more. Win the day by beating your NikeFuel average and watch your goal ring change from Red to Green. See when you are most active throughout the day and how youre doing compared to yesterday.
Click to expand...

Move more often and win as many hours as you can throughout the day. See how you moved through the day with a breakdown of running, walking, and other movement. See where you're moving and where you move the most each day. Check out how you compare against your Game Center friends or other Nike+ Move users near you.
Click to expand...

Nike+ Move isn't the first app to integrate the M7 coprocessor, but when it is the first to come from a such known company like Nike. Follow the direct link from below to start using your M7 coprocessor at its maximum power.

Source: App Store
You must log in or register to reply here.