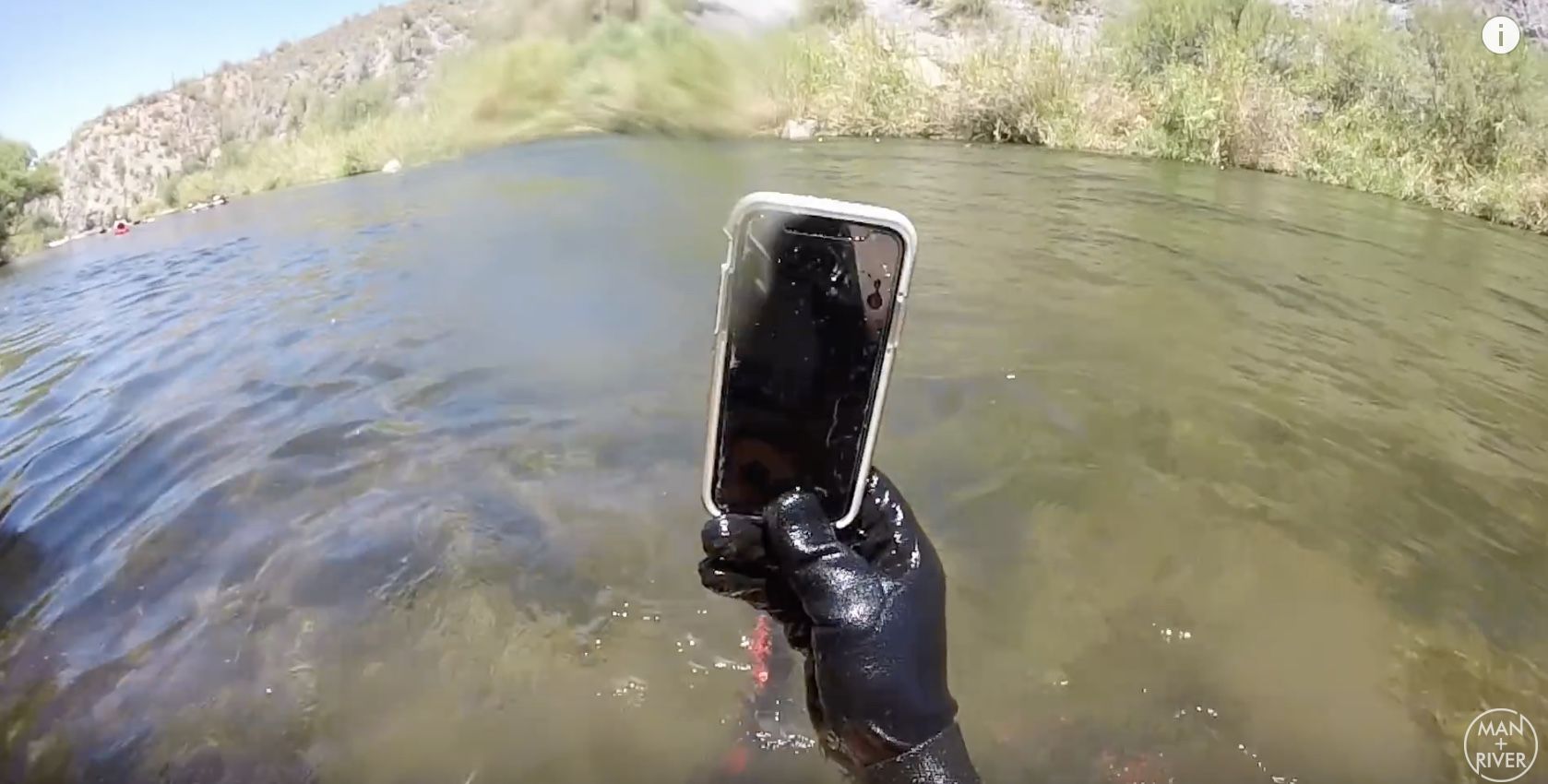 It’s been a while since we had a good iPhone endurance story, so it’s great to see that 9to5 Mac has a really heartwarming one today about an iPhone X that went on a fascinating and mysterious river journey and lived to tell the tale, before being reunited with its delighted owner!

The phone in question was found by YouTuber Dallas, who has a YouTube channel called "Man + River" where he posts videos of his “river treasure dives.” Aside from the sheer joy of adventuring that inspires Dallas to go on his diving expeditions, he also likes the fact that he’s able to return lost property to owners if at all possible.

In his latest video, “I Found an iPhone X Underwater in the River!!! (iPhone Returned to Owner – BEST REACTION EVER!),” he tells the story of “one of my favorite river treasure dives so far.”

During this particular dive, Dallas found a silver iPhone X, which he was actually able to get to power on and work after first drying it with a hairdryer. He found that it belonged to a woman called Alyssa. When he called her to tell her that he had found her iPhone X, she told him that she's a new mum and had actually thought that she had lost all the photos on her phone of her new baby, as she hadn’t backed the phone up.

And here’s the really cool part: Alyssa told Dallas that she had lost her iPhone X in the river 2 weeks before he found it, and that it was not even in a waterproof case, yet somehow it managed to survive and still be in good working order. So judging by those facts, it sounds like the iPhone X’s water-resistant capabilities are a little more robust than the “30 minutes at 1m” that the phone’s official IP67 rating would suggest!

Check out the full video from Dallas below this.

Nice updates so far. Thank you!
You must log in or register to reply here.

Glass-backed iPhone X Said to be the “Most Breakable” Ever

G
Stolen or lost iPhone... Calls are being redirected

Drop, Bend, and Scratch Tests Show the iPhone X to be Apple’s Most Durable Phone Ever