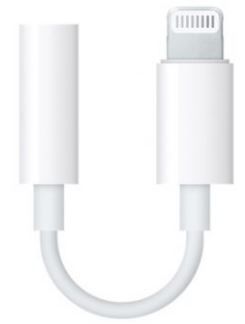 According to a new note to investors from Barclays analyst Blayne Curtis, via MacRumors, Apple will continue to package a Lightning to 3.5mm headphone jack adapter with the three new iPhone models that it is expected to launch later this year.

“We believe it stays this year but goes away at some point, potentially in the 2018 model,” said Curtis.

This will be good news for Cirrus Logic, as it is thought that company manufactures some of the adapter’s components, in particular, the tiny audio components.

This news from Barclays is in contrast to another recent report from Japanese blog MacOtakara, which said that the adapter would not be included in Apple’s 2017 iPhone line-up.

Including the adapter would be a good customer-pleasing move to make for Apple, although it has to be said that the controversy around Apple’s removal of the 3.5mm jack has pretty much died down, and wireless earphones such as Apple AirPods and BeatsX are now available, making an adapter less of a necessity if and when Apple decide not to include it.

Source: Apple Will Still Include a Lightning to Headphone Jack Adapter With This Year's iPhones, Says Barclays
You must log in or register to reply here.