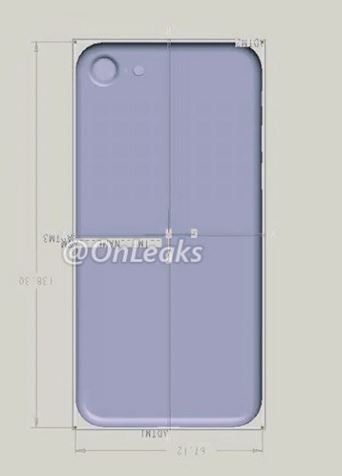 According to a newly leaked design schematic that is claimed to be of the standard-sized version of the forthcoming iPhone 7, Apple’s next iPhone will be identical in terms of width and height to the current iPhone 6s, but will have a different-sized camera.

According to French website NWE, which published the images, the phone shown in the schematic is 67.12 millimeters wide and 138.3 millimeters high. The cutouts in the top left corner of the phone are all shown to be identical to those of the iPhone 6s, with the exception of the opening for the camera lens, which is bigger.

Could this leaked image be an indication that both models will now have the dual camera array, not just the high-end model?

lately all these rumours and leaks turn out to be true, will be interesting to see what happens with the 7
You must log in or register to reply here.