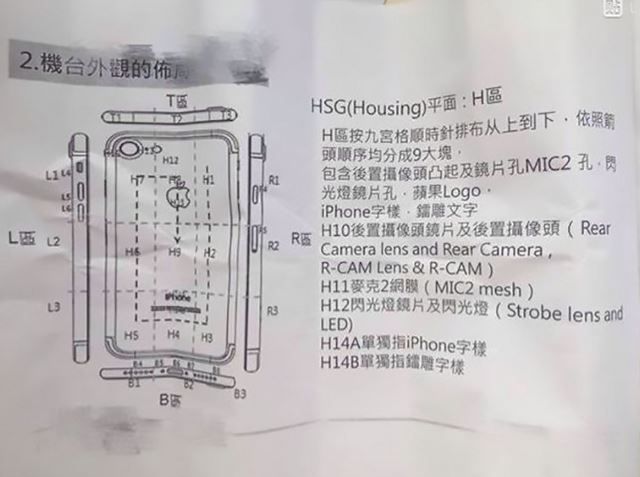 BGR writes that newly leaked iPhone 7 schematics have just all but confirmed the majority of recent rumours that have been swirling around prior to the launch of Apple’s next iPhone.

The leaked images were first posted by NowhereElse.fr, and show that, just as expected, the iPhone 7 will be very similar to the iPhone 6 and iPhone 6s, aside from a change in the location of the antenna lines, a new camera design, and what looks like a second speaker replacing the headphone jack.

However, something very interesting has been spotted in the schematics by AppleInsider, which notes that what looks like a second speaker might actually be a microphone, provided NowhereElse’s translation of the Chinese text is accurate. This would mean that the second speaker grill has just been added to balance up the other speaker, in a similar fashion to the iPhone SE. But is this worth losing the headphone jack for?

Alleged 'iPhone 7' schematics hint at mic instead of second speaker
You must log in or register to reply here.