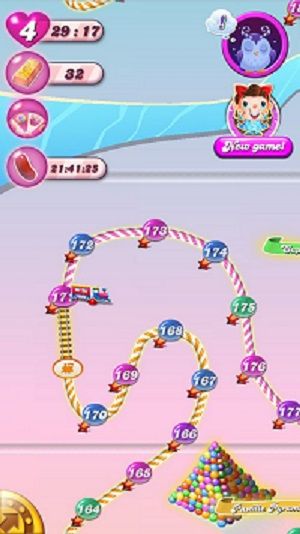 In honour of Valentine’s Day tomorrow, King Digital Entertainment has announced that it will be holding its first in-game free challenge for Candy Crush Saga players worldwide on the great day itself.

The challenge is for players to match 1000 red candies and win a prize. Starting on February 14 at 8:00 GMT, players can launch Candy Crush Saga on either the mobile app or on Facebook, and start matching the red candies. They will then have 24 hours to match 1000 of them. The prize for all this effort will be 10 golden bars and a lollipop hammer. Also, anyone who buys gold bars during the challenge period will have unlimited lives for 24 hours.

"At King we’re always looking for new ways to entertain our players and continually add new content to our games,” said Sebastian Knutsson, Chief Creative Officer at King. "And this Valentine’s Day is no exception. For the first time we’ll be offering all the Candy Crush Saga players around the world the chance to compete in a live in-game challenge. Players will have 24 hours to match 1000 red candies on any level and those that reach the target will receive some sweet in-game rewards."
Click to expand...

Source: King Digital Entertainment
You must log in or register to reply here.