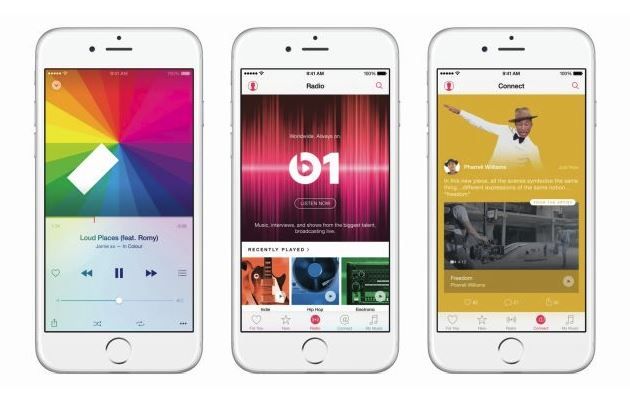 When Apple acquired Beats Music and Beats Electronic and announced that as part of the acquisition Beats co-founders Jimmy Iovine and Dr. Dre would be joining Apple, it was a typically Apple-esque masterstroke. That’s what Apple do, they hire the best, which is certainly what they got with Jimmy Iovine and Dr. Dre, and as the initial free trial Apple Music subscription figures prove, Apple Music is already a huge success just one month in, thanks to its many exclusives, such as the streaming of Dr. Dre’s long-awaited album, Compton, and the highly credible, passionate and informed output on both Apple Music and the Beats Radio stations.

AppleInsider reports that the London Evening Standard interviewed Iovine about Apple Music’s first month, and he spoke about the importance of curated content to Apple Music, saying that it is what sets Apple Music apart from its many competitors.

“Music deserves elegance and the distribution right now is not great,” Iovine told London Evening Standard, before referring to Apple’s competitors as “utilities” that are “sterile, programmed by algorithms and numbing.”

Iovine said that Apple had recruited “hundreds” of people to help provide the curated content for Apple Music, including the delightfully ebullient and enthusiastic Beats 1 DJ Zane Lowe, who was recruited from the BBC in the UK.

Iovine told the London Evening Standard that although it was difficult trying to persuade Lowe to move from London to Los Angeles, he has already been worth his weight in gold since the launch of Beats 1 on June 29. Iovine said that Lowe’s achievements so far for Beats 1 “shouldn’t have been possible.”

Iovine also said that he thinks other entertainment media, rather than supposed rivals such as Spotify, Rdio, or Tidal, are actually Apple’s main competition.

Source: Apple Music has hundreds working on curation Jimmy Iovine says
You must log in or register to reply here.