ITC rules in Apples favor, bans some Samsung devices in the US 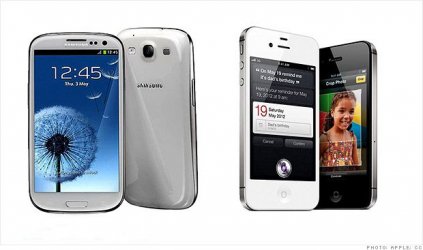 &#8203;
As officials in Seoul have feared, the International Trade Commission ruling scheduled for Friday didnt go so well. As some might have expected, the ITC has just pinned its decision against Samsung. The Korean tech giant has been accused by Apple since 2011 of patent infringement and the legal battle has been going on in several courts around the globe. Apple has accused Samsung of stealing some of the iP&#8203;&#8203;hones key features, which they find inexcusable. The two companies have been battling it out fiercely, especially since Samsung started gaining marketshare in the smartphone department, to Apples disadvantage.

ITC finally found Samsung guilty of infringing two Apple patents with some of their products. Thus, an import ban has been issued for products which use the technology described in the patents. The ban will be applied after President Obama reviews it as well. That means around 60 days or so.

The devices banned represent older generation of products like the Galaxy Tab 7 and the Continuum but the ruling could end up affecting the current batch of products as well, if they are using the same technology. Samsung still has a way out, if it can manage to twitch its software while offering the same features customers are accustomed to.

The patents used by Apple to file the complaint are:
Could Samsung find a way to work around that? The touch screen patent covers a vital part of smartphone usage, so the Korean giant will be faced with a complicated problem indeed.

Source: CNN
You must log in or register to reply here.