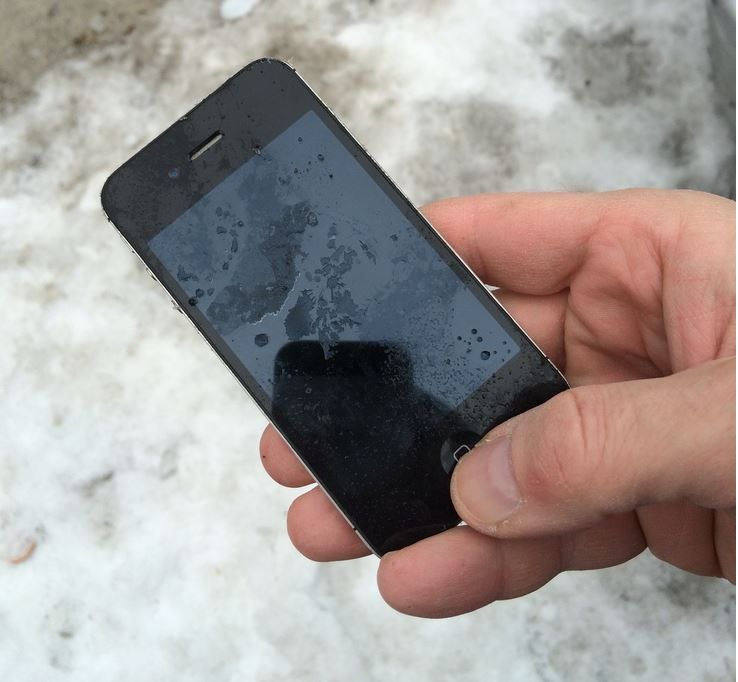 Apple World Today has a great story about how a lost iPhone managed to survive five days lost in ice and snow, only to have it returned to its grateful owner in one piece.

The lost phone was found by Michael McWatters from Brooklyn, who told AWT that when he was walking to his car last week one of his 6-year-old twins saw what looked like an iPhone case upside down in the ice in the street.

“I looked down at the pile of ice (that was previously snow),” Michael told AWT, “and saw the iPhone. I got [my son] in the car, opened the trunk, and used a shovel we keep for digging the car out to scrape the phone out.”

Michael managed to remove all the ice from the iPhone, and when he examined it, he didn’t think it could possibly work again.

“It had no protective case, and the Home button was actually frozen solid. It had salt crust, water and ice chips stuck to it, and it was dead as a doornail.”

At work, Michael used an old 30-pin cable to charge the phone. When he checked the phone after 30 minutes, he was amazed by what he saw.

“Sure enough I got the default message saying this phone was lost with a phone number to call.”

When Michael called the number, he spoke to a woman who told him that the phone was her son’s, and that he had lost it the previous Saturday, which was five days before the phone was found. The working phone is now happily back with its owner!

Thats absolutely amazing.....Good on the honest person who found it too.

I read the full article and this was the second time the phone was lost and returned. That makes it doubly amazing.
You must log in or register to reply here.