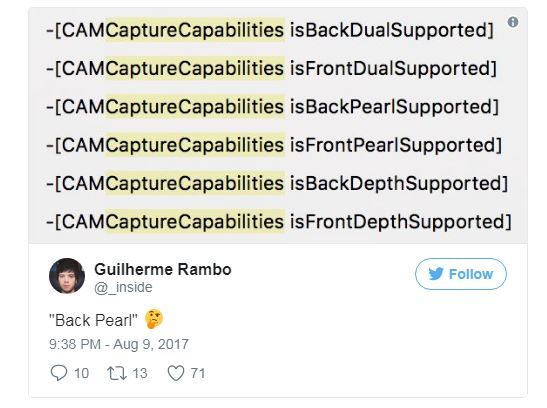 According to Rambo, the iPhone 8’s facial recognition system is sophisticated enough to support Apple Pay authentication, as well as having the ability to recognise multiple faces and possibly even able to be used by third-party apps, just as Touch ID is currently.

Rambo found the details in a line in the code that referred to a “Pearl” authentication error. This is significant because “Pearl” is the codename used by Apple for the iPhone 8’s 3D face-recognition system. Likewise, the string that reads “numberOfAppsUsingPearl” points to other apps being able to use the facial recognition system.

MacRumors also reported earlier that Rambo had found other lines in the code that suggest that the facial recognition system will be able to suppress notification sounds when you are looking at the screen.

Apple's 'iPhone 8' May Mute Notification Sounds When the User is Looking at the Screen
You must log in or register to reply here.