iPhone 7 Was the Best Selling Smartphone Globally in Q1 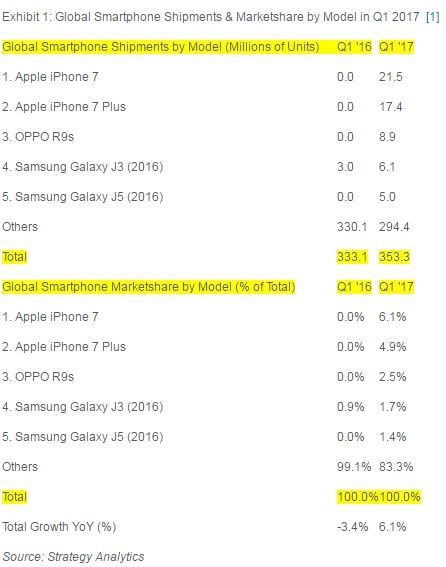 Apple reported its second fiscal quarter results on April 26, with iPhone sales declining year over year at 50.8 million sold, with Apple CEO Tim Cook attributing the fall to earlier and increased leaks about future iPhones. This has been particularly the case as far as the iPhone 8 is concerned, as it is set to be a major redesign.

Source: Apple's iPhone 7 was world's best-selling smartphone in first quarter of 2017
You must log in or register to reply here.