iPhone 7 and iPhone Plus Survive Being Drowned, Dropped, and Squashed 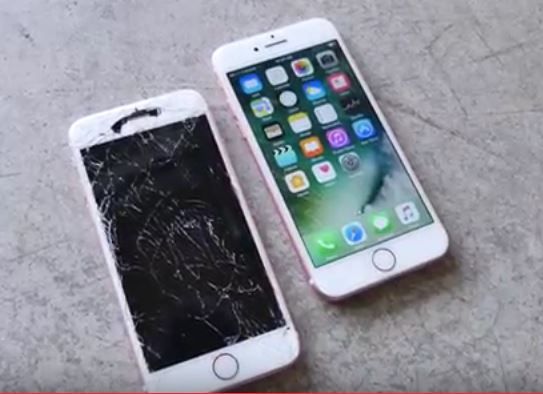 One of the best things about the launch of a new iPhone is seeing the ever more fiendish ways that people come up with to put the new phones through their paces. And judging by the initial round of iPhone torture videos that are now flooding YouTube, Apple’s newest handset is the most durable it has ever released.

First up, 9to5 Mac reports that the iPhone 7 has managed to beat the iPhone 6s in the 10-foot face-down drop test conducted by EverythingApplePro. The video shows how the iPhone 7 screen remains intact despite being dropped from 10 feet both face-down and side-down. The back sapphire glass that covered the iPhone 7 camera was cracked, however, although it was still possible to take photos despite the damage. The iPhone 6s screen shattered after just a 5-feet drop. In the past, the iPhone 6s performed very well during drop tests, so this just shows how much more robust the iPhone 7 is.

MacRumors reports that the iPhone 7’s resistance to water damage has also been put through its paces in a selection of launch-day videos, including being dunked in a glass of water, then having soda and hot coffee poured over it. It remained working throughout. In another video, an iPhone 7 was dunked in salt water at 1 meter depth for 20 seconds at Bondi Beach in Sydney, Australia, and also remained unscathed. iFixit has also been streaming a live swimming test that showed the iPhone 7’s durability in the water going several hours beyond the 30 minutes that Apple had claimed for it.

And then there were yet more scratching and bending tests that more hapless iPhone 7s had to undergo from the likes of JerryRigEverything, and once again, they survived it all. This is one tough iPhone and no mistake!

iPhone 7 and 7 Plus Survive Hot Coffee, Soda, and the Ocean in New Videos
OP

The New iPhone 7 Is Dust And Water Resistant