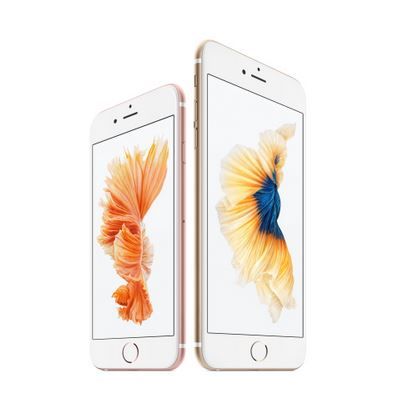 According to a report on AppleInsider, KGI Securities Ming-Chi Kuo has stated in a note to investors issued today that he expects the iPhone 6s Plus to be in short supply at launch due to production problems with backlight supplier Mineba.

Kuo says that so concerned is Apple by the issue that it has already placed a rush order with Mineba’s competitor, Radiant, to try and improve supply at launch.

As Kuo notes, shipping time for iPhone 6s Plus has already slipped to 3 to 4 weeks after launch, and he expects that to increase further.

Radiant currently supplies backlight modules for the iPad mini, which is actually not that much bigger than the iPhone 6s Plus screen, possibly giving Radiant the edge in terms of being “more skilled” at making the backlight modules, according to Kuo.

Radiant had already been contracted by Apple to make around 40% of the modules, but this new rush order could increase that to around 80%.

I'm glad I Pre-Ordered mine then.

Poisonivy said:
I'm glad I Pre-Ordered mine then.
Click to expand...

*_Sigh_* I can't upgrade mine yet, have to wait until February when my contract expires. But when I'm able I'm looking at getting the 6S+, probably with 64MB in Space Grey.

rasmith1959 said:
*_Sigh_* I can't upgrade mine yet, have to wait until February when my contract expires. But when I'm able I'm looking at getting the 6S+, probably with 64MB in Space Grey.

Sent from my iPad Air using Tapatalk
Click to expand...

It will soon come around and by then the initial fever will be over so no problem getting one plus cases to fit the S model will be plentiful.
You must log in or register to reply here.

Rumour: iPhone 6s Could Launch as Soon as August