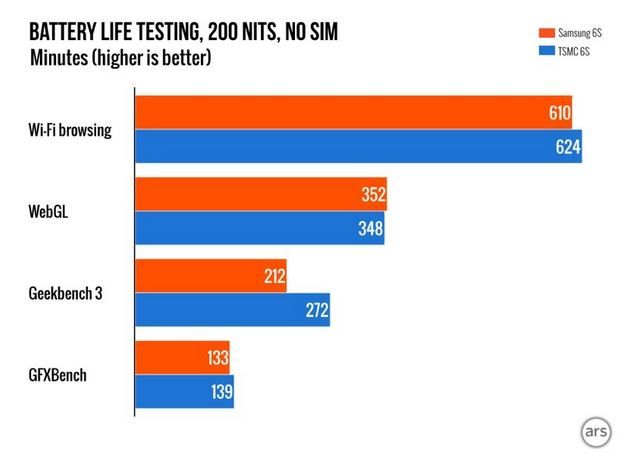 Last week Apple spoke about the supposed superiority of the battery life of the Samsung A9 chip used in some iPhone 6s and 6s Plus in comparison with the TSMC A9 chip, after a Geekbench battery test was reported to have shown the Samsung chip beating the TSMC chip by a large margin.

At the time, Apple said that the difference in performance between the two chips was only 2 or 3% in favour of Samsung’s A9 chip. However, as MacRumors reports today, new controlled battery life testing carried out by Ars Technica on two different iPhone 6s units fitted with each of the chips shows very little between the two.

In all but one test, the TSMC iPhone and the Samsung iPhone were indeed within 2 or 3% of each other, just like Apple had claimed last week, so it seems that any difference between the two chips would appear to be negligible.

Will The iPhone 7 Use New Technology Provided By ARM and TSMC?