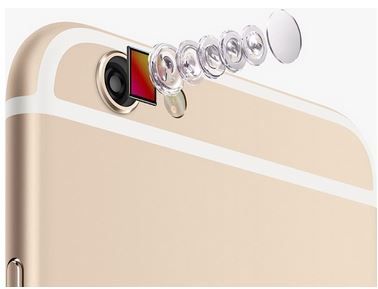 Business Insider has some brand new details today from an Apple insider about the upgraded camera in the forthcoming iPhone 6s. According to a source in Apple’s ever-leaky supply chain, Apple has been ordering suppliers to produce five-element lenses for the next iPhone to work with 12-megapixel camera sensors.

Apparently the lenses are already at the mass production stage and on schedule, and the same source also has news of the next iPhone after the iPhone 6s, which will most likely be the iPhone 7. According to the source, Apple is ordering six-element lenses for the iPhone after next, so we can expect yet another leap in photo quality with that upgrade.

As Business Insider notes, this ties in with John Gruber of Daring Fireball's assertion last November that the next iPhone would have “the biggest camera jump” for years.

Source: Here's what to expect from the next iPhone's camera, according to a person who's making it
You must log in or register to reply here.

The iPhone 6S Camera is Said to Have a 12MP Sensor, Support for 4K Video and Flash for Selfies