iPhone 6 To Boast A 4.8-inch Screen According To Analyst 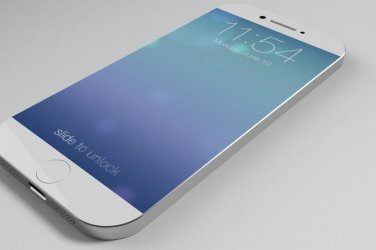 ​
The iPhone 5S and 5C were just released late last month, now that the release in done and over with, it's probably time to start looking forward to next-generation iOS devices. Even though the released of the iPhone 6 is nearly a year away, leaks and rumors for the next flagship iPhone start as soon as now.

For the past 7 years, iPhones have been stuck with having a screen that never surpassed 4-inches. Unlike Android and other competitors, the iPhone screen has stayed the same until last year with the iPhone 5. According to analyst Peter Misek, Apple will be releasing an iPhone with a display as large as 4.8-inches. While this rumor has been around for quite awhile, it does make sense with Apple's recent addition of the iPhone 5C.

Adding a 4.8-inch iPhone to the line would mean that the company would offer a little something for everyone. The 4.8-inch iPhone 6 for folks who like a larger screen, the 5S would turn into the mid-grade iPhone, and the 5C for folks on a budget. It's important to note that Misek's predictions have been wrong in the past, but the analyst has also predicted many of Apple's moves as well.

I am happy with the size of the phone atm personally but ill probably hold off upgrading until the 6S
You must log in or register to reply here.