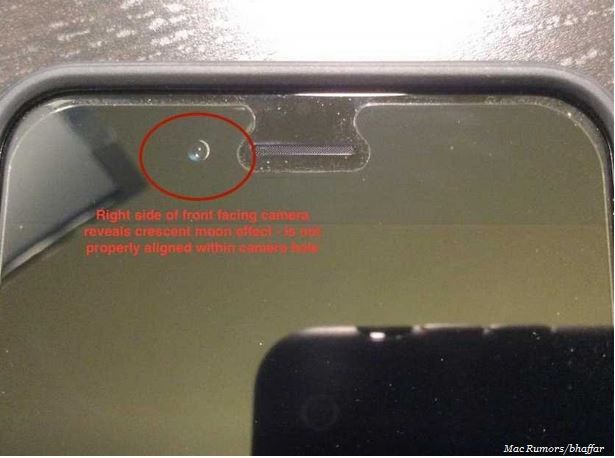 Business Insider reports today that there seems to be an issue with the iPhone 6 “selfie” camera.

The problem came to light via multiple comments on a Reddit thread called “Is your iPhone 6 front-facing camera misaligned?” The thread has more than 150 comments, all about the same issue.

The issue is rather a strange one, with users reporting that the front-facing camera seems to have a tendency to shift slightly in its housing, leaving a gray, crescent shape on the right side of the camera.

However, while many users have noticed the issue and posted about it on Reddit, and also on MacRumors and iFixit, it appears that the problem does not affect the quality of photos being taken, and in fact only affects the look of the phone itself.

Business Insider says that Apple is already aware of the issue, with some customers being offered on-the-spot replacements when faulty phones are presented at an Apple Store.

Someone on Reddit claiming to be an Apple Store employee said that Apple has not yet figured out what is causing the problem. The employee said that he or she prefers to do a straight unit swap rather than replace the faulty part, as most customers seem to think the entire device is defective once the issue has been noticed.

I love the word MANY users which is untrue. This is another limited issue most likely a bad batch. Only a very few users have reported the issue. All they need to do if go to or call the Apple Store for replacement. It is that easy

Now we'll have people smacking their iphone 6's in an attempt to replicate the problem for their YouTube channel, just like the ones that deliberately bent their iPhone 6 plus models.

scifan57 said:
Now we'll have people smacking their iphone 6's in an attempt to replicate the problem for their YouTube channel, just like the ones that deliberately bent their iPhone 6 plus models.
Click to expand...

ank1511 said:
This is very general problem with my phone also. Is there any solution for that?
Click to expand...

If your front facing camera has slipped out of position, the only fix is to take it to an Apple Store or warranty service centre, where it will be replaced or repaired under warranty.
You must log in or register to reply here.

iPhone 6s Could Have an Improved Selfie Camera