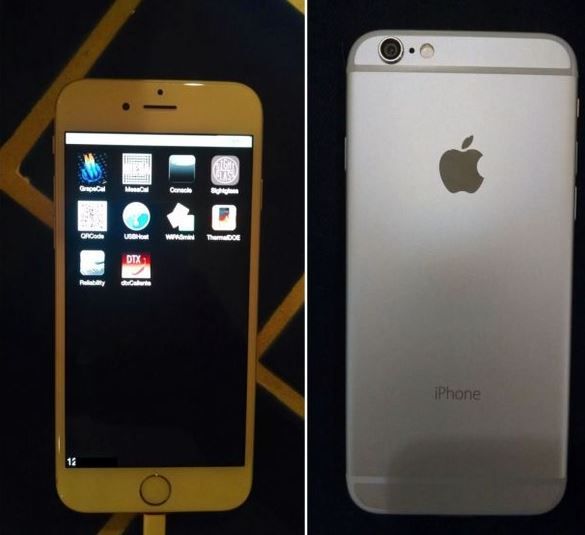 Phone Arena reports today about an unfinished production model iPhone 6 that has just sold on eBay for a whopping $11,100! Apparently the phone first turned up on eBay a month ago, when it was labelled a “prototype.” At this time, the highest bid for the phone was over $100,000, but it was then pulled from eBay.

When the phone was recently placed back on sale on the auction site, it eventually sold for $11,100.

The person selling the phone was sent it accidentally by Verizon when he upgraded to the iPhone 6. It runs some unfamiliar apps, and has since been referred to by Apple as an “unfinished production model” rather than a prototype. This was why it was pulled from sale the first time around, and why the asking price was significantly lower when the phone was listed the second time around.

Other unusual aspects of the phone include a red charging port, no FCC markings on the back, and the aforementioned unusual apps.

Apparently Apple offered the owner any iPhone 6 or iPhone 6 Plus of his choosing to return the model, but he instead chose to sell it on eBay for a tidy profit, and who can blame him!

Sources: Phone Arena
Cult of Mac
You must log in or register to reply here.

iPhone 4 Prototype Turns Up On Ebay, Going for Silly Money!