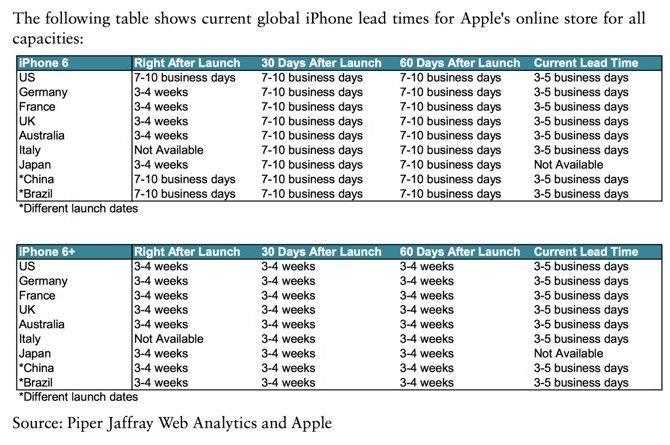 Piper Jaffray analyst Gene Munster has told investors today that Apple’s supplies of the iPhone 6 and iPhone 6 Plus have yet to catch up with the massive demand. AppleInsider reports that Munster wrote in his note to investors that store poll figures show that 56% of core configurations of the two new phones were in stock up to Friday December 12.

Munster goes on to say that he expects availability to be at around 80% by the end of this quarter, which falls short of the 100% in-stock figure he was expecting to see before the end of the month.

And while Munster’s survey of 80 Apple Stores in November found that 58% of models were in stock, meaning that supplies have dropped a couple of percentage points this month, this is still a great improvement on the 6% availability of mid-October.

Despite Apple’s determination to ensure that scarce stock didn’t affect sales figures this time around, AppleInsider notes that this year’s inventory is even lower than last year’s figures for the iPhone 5s and iPhone 5c. However, it would seem that this apparent failing is actually more down to the unprecedented demand for the two new iPhones this year than anything else.

Demand for iPhone 6 and iPhone 6 Plus Continues to Grow