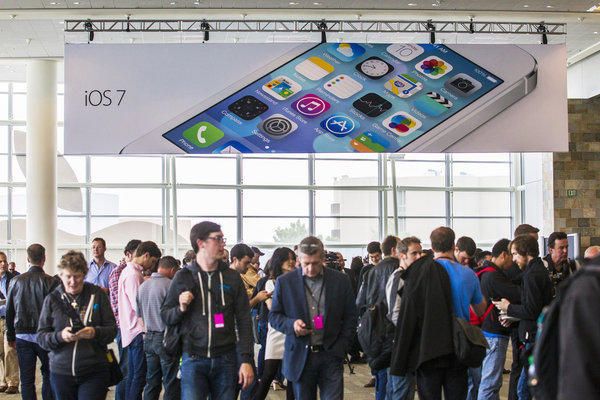 Word is that Apple is going to unveil its new iPhone at an event scheduled for Sept. 10, according to All Things D.


Few other details were known, although Apple is widely expected to show off a new iPhone 5S that has been rumored to include improved cameras and processors as well as possible goodies like a fingerprint sensor for added security.


But if the date holds up, it will mark the beginning of a critical few months for Apple.


"We are on track to have a very busy fall," Peter Oppenheimer, Apple's chief financial officer, said on the company's earnings call in July. "I would like to leave it there and go into more detail on October."
It appears things will get rolling even sooner.


The iPhone continues to be the company's main source of growth and profit, and it's essential that each new version entice a sizable number of users to upgrade. The high end of the smartphone market has become increasingly saturated, with users becoming more hesitant to switch when a new phone comes along.


At the same time, many users are opting for older versions that carriers sell at heavy discounts. If history is a guide, Apple probably will discontinue sales of the iPhone 4, keeping the iPhone 4S and iPhone 5.
Apple continues to gain smartphone market share in the U.S., but it is struggling in the rest of the world to compete against phones running Google's Android operating system. Analysts have been calling for a cheaper iPhone, and it's possible the company may also trot one out at the Sept. 10 event.


All of these phones, old and new, will likely come with the radically redesigned iOS 7 operating system that Apple announced at its developers conference this summer. While developers have been testing out beta versions of the new iOS, it remains to be seen what kind of reception it will get among the general public.


The new Mavericks operating system for Macs will also be released this Fall. And so will a new beta version of the iCloud versions of Apple's iWorks products.


Next up should be iPads in October, probably new versions of both the main and mini iPads. These will be every bit as important to Apple as the new phones.


The company reported a surprising drop in iPad sales in the most recent quarter. And worldwide, sales of all tablets dipped in the last quarter.


The iPad has been a hugely disruptive product since its launch in 2010. But the recent weakness has raised questions about whether its days of super-charged growth are over. Releasing new versions will be Apple's best chance to show that's not the case.


Beyond these two major product categories, Oppenheimer's remarks at the earnings call tantalized that perhaps at last Apple was getting ready to reveal a whole new product category this year. The iWatch? The Apple TV?


"We are very hard at work on some amazing new products that we will introduce in the fall in across 2014," Oppenheimer said.


One thing that will be interesting to watch is whether the company is hit with the same production problems that struck last year. After the iPhone 5 went on sale, demand was so heavy that some customers had to wait weeks to get theirs.


Indeed, the combination of a new iPhone, a new iPad and the iPad Mini in 2012 clogged Apple's production chain for months. It would take well into this past Spring before the company said that it had achieved supply and demand balance.


With Apple's stock regaining some momentum in recent weeks, but still well off its all-time high from last September, the coming months will demonstrate whether the company can convince investors that its best days still lie ahead.

Source: LA Times
​
You must log in or register to reply here.