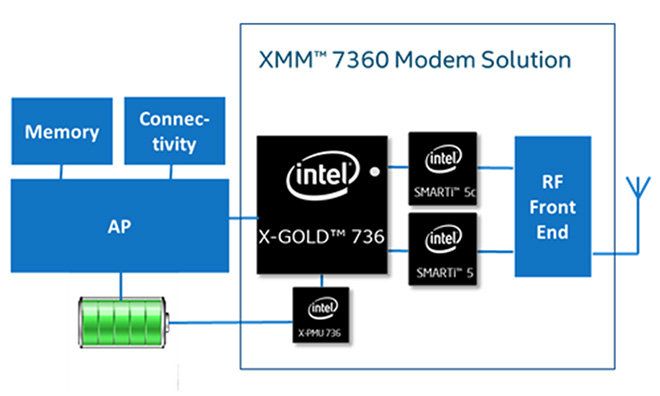 According to a fresh report coming from tech publication VentureBeat, it seems that Apple is interesting in collaborating with Intel for the LTE chip in upcoming iPhone models. Apple is apparently interested in Intel's new XMM 7360 LTE modem as it looks to diversify baseband chip suppliers.

Intel’s new 7360 LTE modem will occupy a socket on the new iPhone’s circuit board that’s long been reserved for Qualcomm chips.

Intel has been gunning hard during the past year for a place in the iPhone and now appears to have succeeded, at least partly. The 7360 chip will ship inside a special version of the iPhone that will be marketed to emerging markets in Asia and Latin America, the sources said.
Click to expand...

Intel has debuted its fast wireless modem this month at the Mobile World Congress, as the chipmaker is increasing its focus on the mobile market. And now it seems that Apple is interested in using it in an upcoming iPhone variant targeted for release in emerging markets like Asia and Latin America.

Intel’s 7360 LTE modem chip is allegedly capable of 450 megabits per second (mbps) of download speed, and supports Category 9/10 LTE and 3X carrier aggregation. According to industry analysts, phone makers consider the chip to be well built, power efficient, and fast.

Source: VentureBeat
You must log in or register to reply here.