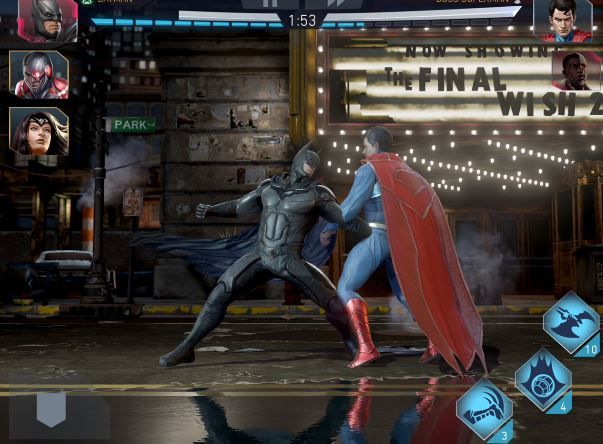 GameSpot reports that the mobile version of eagerly awaited sequel Injustice 2 has actually been released first on iOS before any other platform, including console.

“With Injustice 2, the team has worked extremely hard to build upon an already successful mobile game to bring a fresh fighting game experience to mobile devices,” said Ed Boon, creative director, NetherRealm Studios. “We are excited to have fans experience a few of our favourite new features including upgraded special moves, improved combat and Story Mode, which will be released chapter by chapter.”
Click to expand...

Expanding on Injustice: Gods Among Us, the sequel features new and improved combat, a story mode, and more customisation options than ever before. Gameplay has been updated to enable players to move heroes and villains across the “fight line,” execute jumping and crouching attacks, and utilise advanced zoning techniques with projectiles, all via the touch-screen control system.

New features include an Operations mode where players can send their characters away on missions, and an Arena mode for competitive PvP battles, as well as a unique Gear System where you can collect, upgrade and customise gear for your favourite characters.

There’s even cross-platform functionality with the console version of the game, where you can complete daily objectives for special in-game rewards across both mobile and console platforms.

Score a big one for iOS gaming!!!
You must log in or register to reply here.

Play as the Villains in Batman: Arkham Underworld