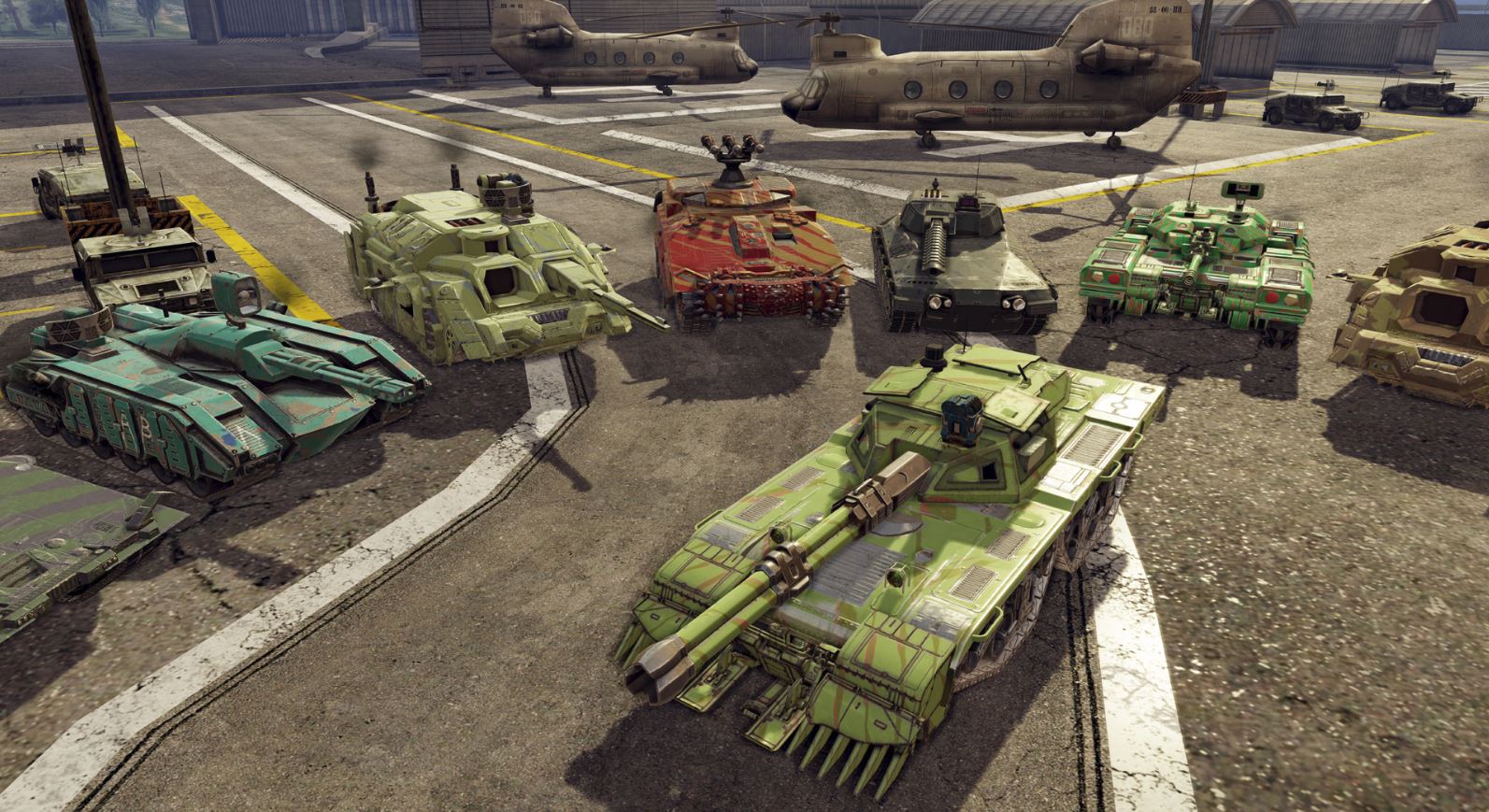 California's Atypical Games, the studio behind Sky Gamblers and Battle Supremacy, has announced that its stunning military simulator, Infinite Tanks, will be trundling into the App Store very soon for iOS, Apple TV, and Mac.

Players get to mix and match tank parts so that they can design their tank from the inside out. You'll find cards for all manner of parts, incuding engines and bodies as well as turrets, mines, and rocket launchers. This means that you can create a tank that perfectly suites your own particular play style. In fact, Atypical Games says that there are over 30 million unique vehicles that you can construct in the game.

The environments in the game are truly spectacular, from endless desert sands to rich green forests, as well as skyscraper-dominated major cityscapes. Add to this hyper-realistic dynamic weather patterns, including the sun crossing the sky as the time passes, and you have a truly spectacular mobile game.

Infinite Tanks' various online multiplayer modes enable players to organize into brigades and join with their friends in dynamic platoons for massive skirmishes. The multiplayer modes can all be played offline as well, and there's also a single-player campaign to get your teeth into if you want a break from the multiplayer action.

No official release date for this yet, but it should be very soon, and the price will be $4.99.