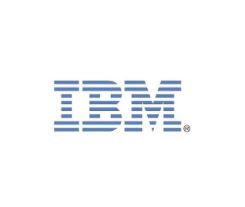 Following the announcement of its partnership with Apple in 2014, 9to5 Mac reports that IBM has now launched what it is calling “Garages,” which is a way of creating dedicated physical spaces to help corporations develop MobileFirst iPhone and iPad apps.

"Four years ago, we made enterprise mobility a reality, and we've seen how transformative mobile can be," said Bridget van Kralingen, Senior Vice President, IBM Industry Platforms. "Today, companies are now reigning in mobile faster than ever, creating a critical need for powerful innovations that will reinvent how they do business. We're combining the power of mobile with cognitive and analytics to continue to push the market forward."

IBM’s first Garages for MobileFirst will be in Shanghai and Bucharest, joining the current Bangalore unit.

Since IBM first started the partnership with Apple 3 years ago, it has developed over 100 apps in the first year alone, representing a wide variety of subjects including retail, education, healthcare, banking, travel and transportation, telecommunications, insurance, to name but a few, generating “several billion dollars in signings from over 3,800 client engagements.” IBM also named some new high-profile clients that will soon be using MobileFirst apps, such as Lufthansa Group, City Furniture, Singapore Airlines, and Japan Airlines.

You can find out more about IBM’s industry apps here: IBM MobileFirst for iOS - Enterprise Apps

Source: IBM opening ‘Garages’ dedicated to Apple partnership for developing iOS enterprise apps
You must log in or register to reply here.