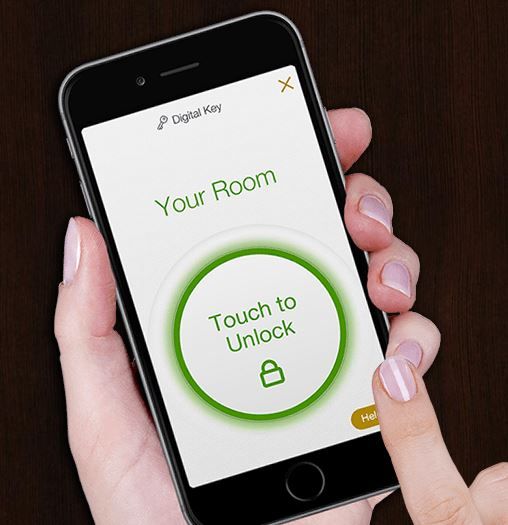 9to5 Mac reports that The Hilton Hotel Group has just announced the results of its testing of using smartphones to unlock hotel room doors via its Hilton Honors app, and they are truly impressive. According to Hilton, it has implemented the smartphone unlocking system in approximately 1,700 hotels in the US and Canada, with 11 million hotel rooms being unlocked by smartphone, and to date there has been not one single hack.

So successful has the program been that Hilton is now rolling it out in the UK, starting with just 10 hotels, but expanding to 100 by the end of this year.

Prior to Hilton’s adoption of the scheme, it was first trialled by smaller hotel groups such as Aloft.

The efficient security results with smartphone door-unlocking in the hotel sector has led to products such as the August Smart Lock introduced into the home market, with companies such as Friday Labs, Yale, and Kwikset, among others, all launching smart locks for homes.

Source: Hilton says smartphone door unlocking used 11 million times without being hacked
You must log in or register to reply here.